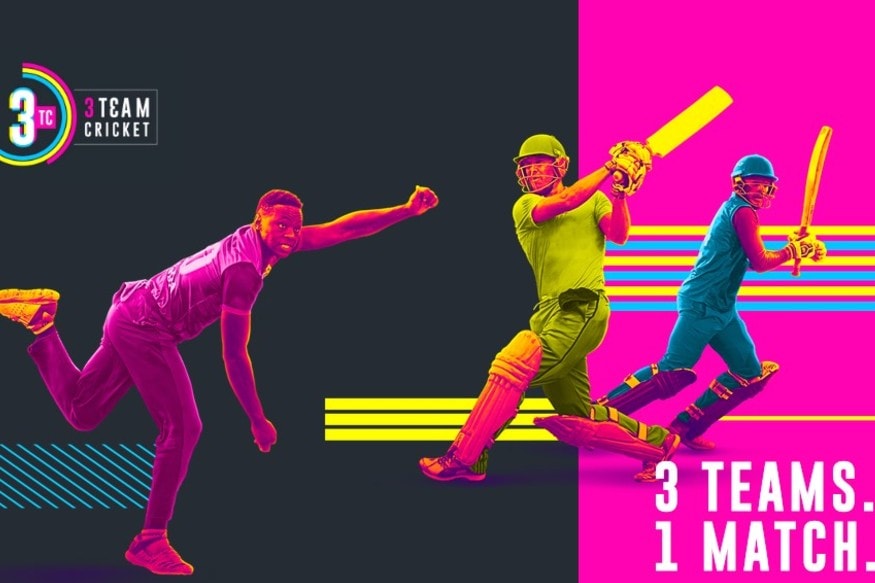 The game of 3TC cricket consists of 36 overs divided into two halves of 18 overs each. In the first half, each team faces 6 overs from one of their opponents. In the second half of the game each team resumes batting, facing another 6 overs, but this time from their other opponents. The result is an unrelenting and ever-changing contest that keeps captains (and fans) on a knife-edge as they strategise against two opponents at the same time! With fewer players in each team (and thus fewer fielders) every player is actively involved in the game from the first ball to the last. Then there’s the rule whereby the last remaining not-out batter continues batting without a batting partner. The catch? He can only trade in boundaries and twos since retaining the strike is non-negotiable.

What are the rules of the 3TC Solidarity Cup?

A match is contested between 3 teams of 8 players each.

The match is played over 36 overs in two halves of 18 overs with a break at halftime.

In the first half, teams rotate from BATTING to BOWLING to the DUGOUT with the starting positions determined by a draw.

After the fall of the 7th wicket, the not-out batter continues to bat alone. The batter can only score in even numbers of runs and can only bat in the second half.

Each bowling team has the use of one new ball for their full 12 overs which is used for both opponents.

A maximum of three overs per bowler is allowed, which can be bowled in any permutation to either opponent. An uncompleted over due to the fall of the 7th wicket is deemed to be completed with dot balls.

Match organisers may apply fielding restrictions and can allow up to 3 additional fielders, either selected by each team or provided by the dugout opponent.

Standard limited overs rules apply for wides, bouncers and a free hit after a no-ball, otherwise the laws of cricket apply.

Most runs wins Gold, second Silver and third Bronze. If 2 teams tie with most runs, super overs decide Gold; if all 3 teams tie, all get Gold; and, in a tie for second, Silver is shared.

When and where the 3TC Solidarity Cup will be played ?

The 3TC Solidarity Cup will be played on Nelson Mandela Day, July 18, Saturday, at 2 pm. The SuperSport Park in Centurion will host the match.

Where and when to watch the 3TC Solidarity Cup?

The match will be live streamed on Disney+ Hotstar VIP.