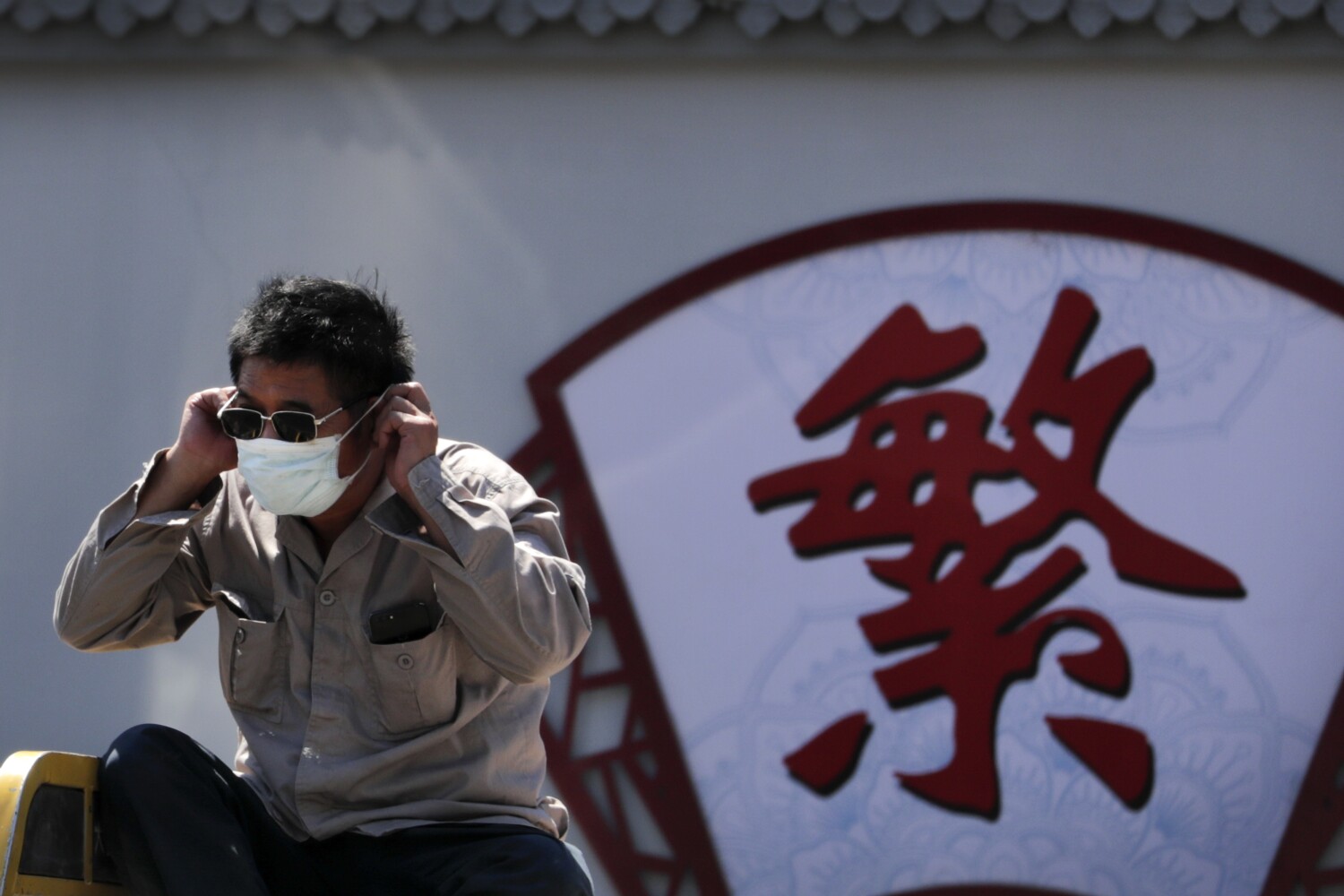 In Australia, soldiers go door to door to find out who’s broken quarantine in Melbourne, which is back under lockdown a second time.

A coronavirus outbreak on a Norwegian cruise ship is feared to have spread the disease in towns along the Scandinavian country’s scenic coast.

Hong Kong, a city that earlier went weeks without reporting new infections, is scrambling to build temporary hospitals to prepare for a surge in COVID-19 patients.

Eight months after first emerging from China, the coronavirus continues to spread across the globe at a relentless pace, sparking outbreaks where there largely were none and resurfacing in countries that fought off earlier waves.

The fresh spikes in countries that had successful containment strategies, such as Vietnam, also underscore the challenges facing the United States, which has struggled to implement a cohesive plan to beat back a global pandemic that has killed more Americans than the citizens of any other nation.

The World Health Organization raised the grim possibility that no vaccine will ever eliminate the virus and urged all governments to instead take the necessary steps to stem its spread. The coronavirus has infected more than 18 million worldwide and killed nearly 700,000.

“There’s no silver bullet at the moment, and there might never be,” Tedros Adhanom Ghebreyesus, the WHO’s director general told reporters Monday. “For now, stopping outbreaks comes down to the basics of public health and disease control. Testing, isolating and treating patients, and tracing and quarantining their contacts — do it all.”

Vietnam began testing tens of thousands of people linked to an outbreak in the tourist hub of Da Nang after an outbreak was reported late last month. The Southeast Asian country hadn’t had a domestic transmission for more than three months and was lauded for its quick response to the virus, which included sealing its borders and imposing mass quarantines.

Health officials are unsure of the origins of the outbreak in Da Nang, which was linked to over 200 cases and the first COVID-19-related death in the country last Friday. Official cases of coronavirus in Vietnam, a nation of about 97 million, stood at 652, with seven deaths as of Tuesday, according to a tally by Johns Hopkins University.

A resurgence of COVID-19 in Hong Kong has intensified the sense of unease in a city already confronted with a political crisis and a new Chinese national security law. Infections started rising in early July and were blamed on the more than 250,000 visitors, mostly comprising business executives, truck drivers, and aircraft and ship crew members, who were granted exemptions from testing and 14-day quarantines.

While no lockdown has been imposed, many businesses have been ordered shut, masks must now be worn at all times in public and gatherings are restricted to no more than two people.

“We are on the verge of a large-scale community outbreak, which may lead to a collapse of our hospital system and cost lives, especially of the elderly,” Hong Kong’s chief executive, Carrie Lam, said in a public address last week.

The government, citing the outbreak, also postponed the city’s upcoming legislative elections — a move decried by critics as a way to stifle political dissent.

In another unfolding crisis, Australia’s second-most populous state of Victoria issued a state-of-disaster order, transforming the country’s second-biggest city, Melbourne, into a ghost town with the introduction of an 8 p.m.-to-5 a.m. curfew.

Hundreds of new daily cases and untraceable community transmissions led to the stringent measures, which include stay-at-home orders for six more weeks and remote learning for schoolchildren. The outbreak marks a major reversal for Australia, where health experts declared in June that the coronavirus would soon be eradicated.

“That is completely unacceptable,” said a visibly flustered Victoria Premier Daniel Andrews in a televised press conference Tuesday, revoking permission for people under quarantine to exercise outdoors. “I apologize to those who were doing the right thing, but we simply have no choice.”

While lockdowns have helped cities across the world slow the spread of COVID-19, many countries are struggling to keep the disease in check once reopenings commence.

Spain, which emerged from a three-month lockdown in June, has seen cases rebound to more than 3,000 a day — 10 times more than there were two months ago. That’s rekindled fears of a return to the dire situation in March and April, when most of the country’s 28,000 coronavirus-related deaths were recorded.

Back then, the virus was mostly confined to the elderly, especially those in nursing homes. Now it has spread to younger Spaniards, dropping the average age of coronavirus patients from 63 to 45. While that lessens the concern that hospitals will be overwhelmed by patients with acute symptoms, as younger people generally don’t react as severely to COVID-19, the government is still imposing partial lockdowns in parts of the country to stanch the virus’ spread.

“We are out of the storm, but we still haven’t arrived at a safe port,” Spanish health minister Salvador Illa was quoted as saying in the newspaper El Pais.

Young people, devastated by the closure of nightclubs, are also being cited for a resurgence of the coronavirus in Germany, where the instinct to stave off a deadly virus is running up against the desire to consume drugs and dance at underground techno parties. Police dispersed one such affair last month where 3,000 revelers congregated at a park in Berlin.

Meanwhile, in a scene reminiscent of the outbreaks aboard cruise ships in the early days of the pandemic, more than 40 people tested positive for COVID-19 on the Norwegian passenger liner MS Roald Amundsen. The ship, which provides passengers with views of Norway’s fjords, docked at several ports, raising concerns that disembarking passengers transmitted the disease on land.

The infected members of the cruise, which included at least five passengers and 36 crew, were sent to a hospital in Tromso, a city in northern Norway. The ship’s operator, Hurtigruten, was one of the first to restart business during the pandemic, launching a cruise in June.

“A preliminary evaluation shows that there has been a failure in several of our internal procedures,” the company’s chief executive, Daniel Skjeldam, said in a statement, adding ruefully: “We have made mistakes. … I am sorry for what has happened. We take full responsibility.”

The Associated Press contributed to this report.