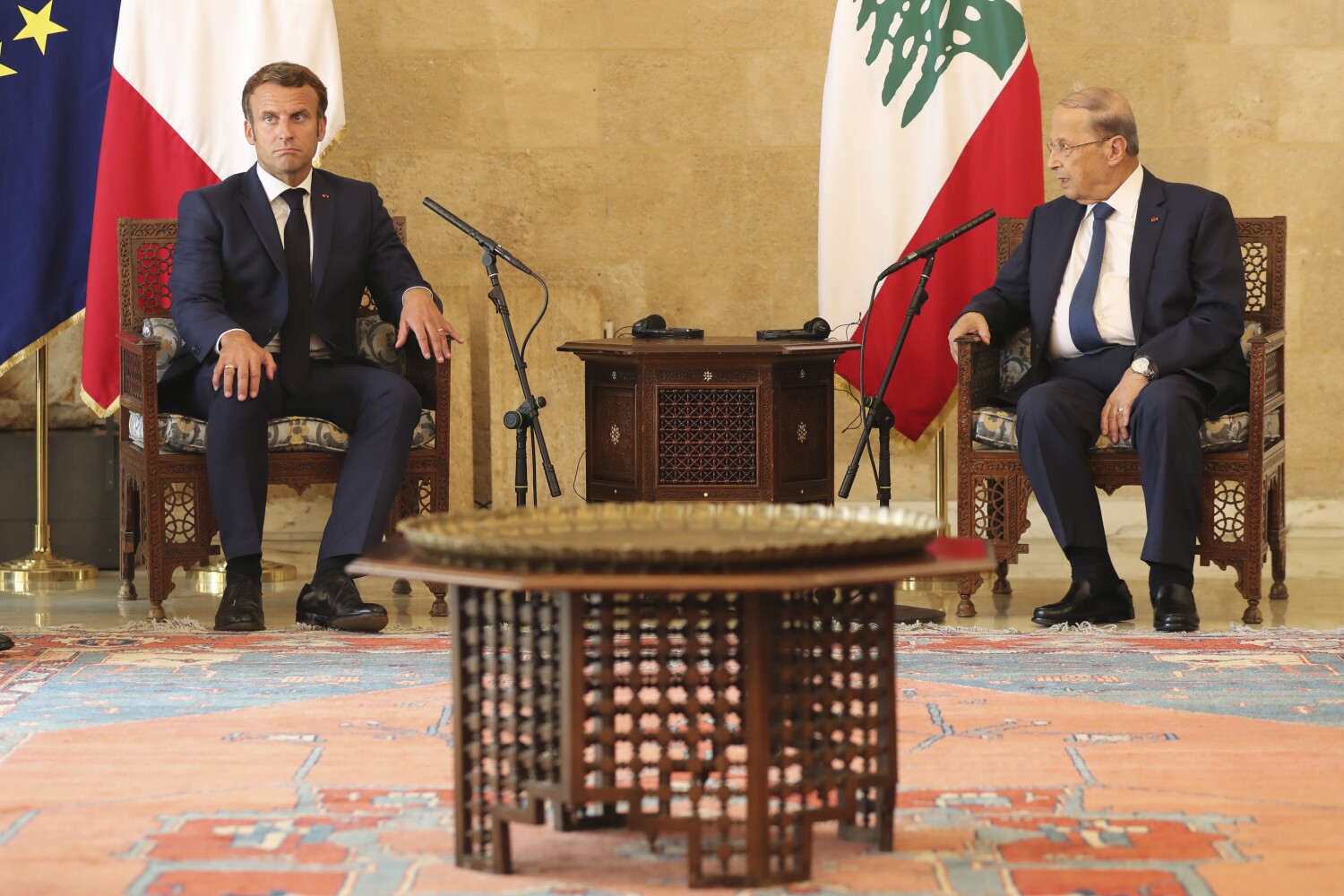 Following Tuesday’s deadly port explosion in Beirut, Lebanese officials face increasing ire from the public and a skeptical international community that has, nevertheless, promised to provide humanitarian aid to help the devastated city get back on its feet.

While both Lebanese citizens and foreign leaders have pushed for an overhaul in the governance of the small Mediterranean country that had already been in the throes of a major economic crisis before the explosion, Lebanese leaders appeared to be digging in their heels.

Beirut residents, who had already been protesting government corruption and inertia and failing public services since October, were enraged when it turned out that Tuesday’s blast had been caused by a stockpile of ammonium nitrate, a highly volatile chemical that had been sitting in a warehouse in the port since 2013 despite warnings of the potential dangers.

A protest in front of the Parliament building in downtown Beirut on Thursday night was met with tear gas. An announcement was posted online for another, likely larger, protest planned for Saturday afternoon, took a militant tone: “On August 4, 2020, the criminal authority dropped a bomb in central Beirut and declared that there are no limits to its criminality…On August 4, 2020, the authority declared war on us. As for us, we announce the beginning of the liberation battle.”

To date, while a number of port officials have been placed under house arrest over the explosion, no high-profile government figures have resigned or shown any inclination to do so.

In remarks Friday, President Michel Aoun rejected calls by some in Lebanon for an international investigation into the cause of the port explosion and also seemed to indicate that no immediate government shakeup would be forthcoming.

“What has been said about the resignation of the government and the formation of a national unity government requires preparing the appropriate atmosphere,” he said, “We cannot call for a unity government to reach later on to the division that we have witnessed in previous governments.”

Aoun also suggested that the explosion might have been triggered by an attack — contrary to the prevailing theory that had been previously put forth by officials — that an accidental fire at the port had spread to the warehouse holding the ammonium nitrate.

“There are two possibilities for what happened. Either it was a result of negligence or external interference by means of a missile or bomb,” he said, adding that he was seeking aerial photos of the site to see if there were planes or missiles in the air.

Also Friday, Hassan Nasrallah, leader of the militia and political party Hezbollah, appeared in a televised speech in which he denied accusations that Hezbollah had stored weapons at the port or had any oversight over port operations.

French President Emmanuel Macron, who visited the site of the blast on Thursday, while promising aid, also chastised the Lebanese political class, saying, “A new political order must be reestablished and radical change is needed” in the country.

France, which formerly ruled Lebanon as a colonial power, has in more recent years frequently bailed the country out, both politically and monetarily. In 2018, Paris hosted the Cedre conference, which raised $11 billion in pledges of financing for infrastructure projects in Lebanon, but the Lebanese government, which never implemented the economic and governance reforms required to have the funding released, never got the money.

During Lebanon’s deepening economic crisis and currency crisis in recent months, donor countries had remained reluctant to offer a bailout unless Lebanon could first reach a deal with the IMF, from which it has requested $10 billion. And the United States, which regards the current government of Lebanon as Hezbollah-dominated and considers Hezbollah a terrorist group, has also been reluctant to offer support.

But after the disaster, Macron announced that he would organize an international donor conference, which will be held Sunday under the auspices of the European Commission, to bring in contributions for medicine, food and housing to address the most urgent needs in the wake of the disaster that left more than 150 dead, 5,000 injured and many more homeless.

Apart from the immediate emergency response needs, Beirut’s governor has estimated that the city suffered $3 billion in infrastructure damage.

Already a number of countries have pledged funds, including the U.S., which has offered $17 million and the European Union, which pledged 33 million euros. Others, including regional rivals Iran and Saudi Arabia, have sent plane loads of emergency supplies, including medicine, food, and shelter kits, or have dispatched medical teams.

Imad Salamey, an associate professor of political science and international affairs at the Lebanese American University and who has written a book on Lebanese political history, said the suffering caused by the explosion had given the Lebanese government an opening to “break the informal sanctions imposed on it by the international community.”

“The political establishment will try to leverage the situation to its own political gain,” he said.

However, Salamey said that Lebanon has less leverage than it might have in the past, when rival international players jockeying for power in the region might have aimed to gain influence by providing aid. Iraq and Syria are now the more geopolitically important sites in the region, he said, while Lebanon “does not anymore have the strategic role that it had in the past, so it is not likely that there will be an international competition to gain political advantages or a political role in the country.”

On the other hand, the fact that Lebanon is now increasingly desperate means that the international players that are willing to help may have more influence now, said Maha Yahya, director of the Carnegie Middle East Center. That could include pushing for the resignation for the current government headed by Prime Minister Hassan Diab and putting in place a transitional government to steer through the crisis.

Diab had already been on politically thin ice over the economic situation before the explosion. But Lebanese politics often tilts toward inertia because of its sectarian-based power-sharing system, which was set up after the civil war to preserve the peace but leads to frequent stalemates between the patchwork of competing factions.

Yahya said that while “it’s clear that even the political parties that initially backed it no longer want this government” it remains in place because “they can’t agree on who to replace it or what to replace it with.”

But now the disaster might force their hand, she said.

“We’re no longer talking about Lebanon falling into the abyss — it’s already there,” she said. “So, the only way it can make its way out is through international support, both political and financial… The way I see things going, I think if there is enough international pressure, this government may actually be forced to go.”

Sewell is a Times special correspondent.