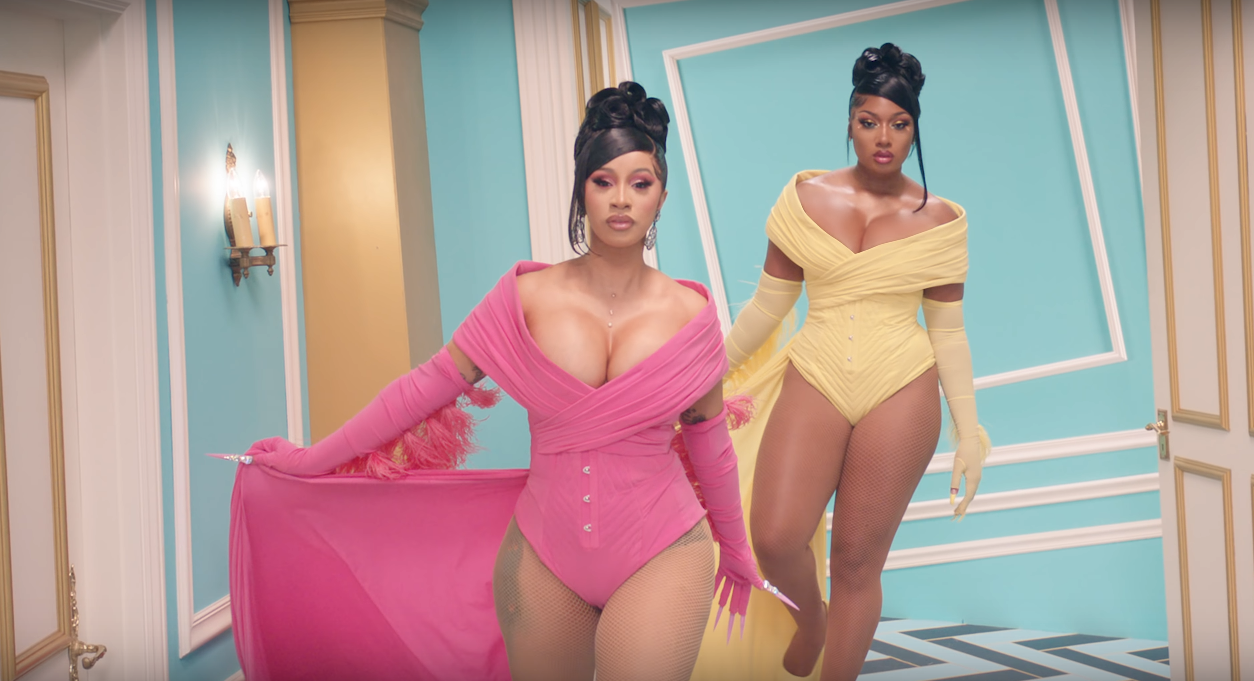 Cardi B and Megan Thee Stallion: Are they enemies of God?

Within hours of release, the rappers’ filthy new collaborative single “WAP” became an instant candidate for song of the summer. The single (whose title is an acronym for a forthright sexual overture) samples Frank Ski’s Baltimore club classic “Whores in This House,” and serves as both Cardi B’s return to the pop spotlight and Megan Thee Stallion’s victory lap over everyone who made cheap jokes about her recent brush with gun violence.

The video has already clocked over 13 million YouTube views, and it’s packed with Alice-In-Trap-Wonderland delight — hallways to nowhere, several varieties of jungle cats, a pit of live snakes and cameos from Kylie Jenner, Rosalía and more.

Bradley claimed to have heard the Cardi/Meg collab “accidentally,” but it clearly unnerved him.

“Cardi B & Megan Thee Stallion are what happens when children are raised without God and without a strong father figure,” the longshot candidate wrote on Twitter. “Their new ‘song’ The #WAP (which i heard accidentally) made me want to pour holy water in my ears and I feel sorry for future girls if this is their role model!”

For the record, Megan Thee Stallion did indeed have a strong father figure. The rapper recently shared photos of her dad on Father’s Day. “Happy Father’s Day to the real OG 🙏🏽 The best dad in the world, my first best friend, my partner in crime when my mom would fuss at us 😂🌎💙 He passed when I was 15 but I still apply every lesson he taught me at an early age in my life to this day! I miss you every day,” she wrote.

As well, Cardi B is no stranger to faith: “If I was to see Jesus Christ… I would kiss his feet. I wish I could give God a hug, bro,” she once said after two singles landed simultaneously on the Billboard Hot 100 chart. “I love my supporters and I love God… the devil be working but God always works harder!”

A fun music video made by two successful women of color seems like a nice respite from everything going on right now. Though it would be pretty ironic if Cardi made it to Congress before Bradley did.