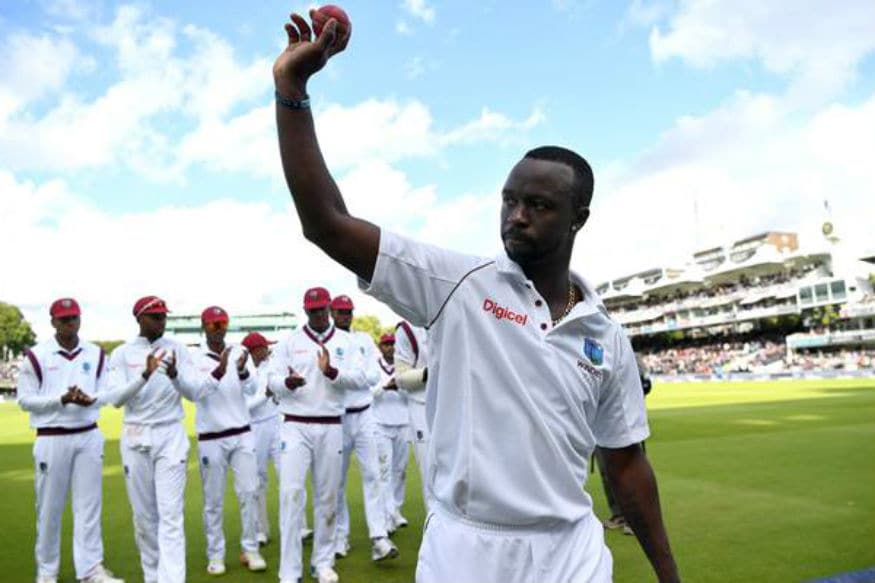 West Indies fast-bowler Kemar Roach said the team’s ultimate goal is to retain the Wisden Trophy and that they are geared up for the much-anticipated three-Test series beginning July 8.

The visitors won the Wisden Trophy back in 2018/19 after a decade with a 2-1 series win in the Caribbean. It was only the second time that they had won the trophy since they winning the six-match Test series in 1997/98 3-1 at home.

The first Test at the Ageas Bowl in Southampton will mark the resumption of cricket after it was suspended in March due to spread of the coronavirus pandemic. The final two Tests of the series will be played at Old Trafford in Manchester, and all the games will be behind closed doors as well.

A draw in the series would be enough for them to retain the Wisden trophy.

“Taking the trophy back home to the Caribbean is the number-one goal. Winning in England would be perfect but it’s about defending the trophy,” Roach was quoted as saying by The Guardian.

“This is our biggest series, like the Ashes for us, so it’s about getting into that zone.”

Roach also spoke about the saliva ban on match balls put in place by the ICC in the wake of coronavirus crisis. The ICC committee had earlier also noted that the risk of spread of the virus through sweat is ‘highly unlikely’ and ‘saw no need to prohibit’ the practice.

The speedster said they will ‘find a way’ to shine the ball despite not being able to use the traditional method.

“Yes, that’s the tough part but hopefully we can get some hot days and the guys can work up some sweat. Although it has to be a pretty warm day for us to sweat. But whatever the weather, we’ll find a way,” Roach said.