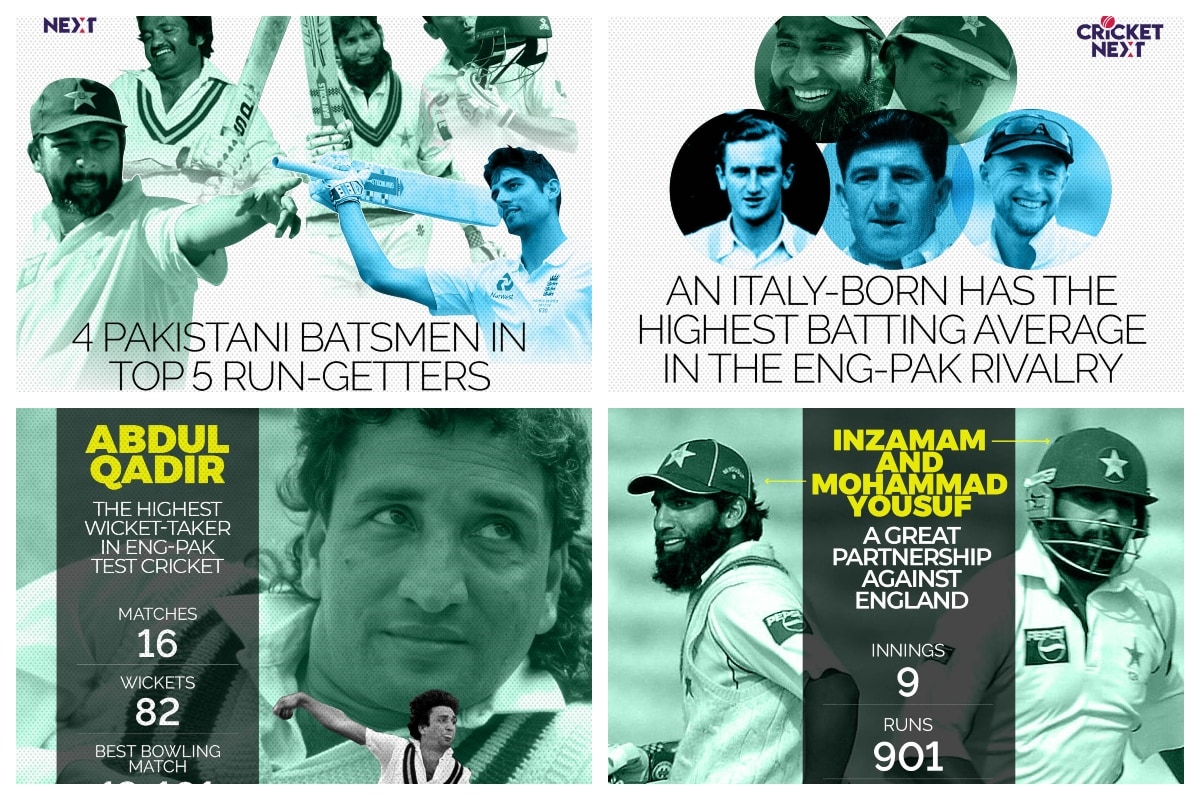 England and Pakistan clash at Old Trafford from the 5th of August in what will be the 26th Test series between the two sides.

We look back at the numbers and records from the past, some great performances and close encounters.

England dominated the initial rivalry between 1961-1982 before Pakistan won 5 series on the trot (1984-1996). The last two series have been highly competitive.

Interestingly, the top 4 innings’ totals have been all set by Pakistan and are all 600-plus.

England skittled Pakistan for 74 and 147 at Lord’s in 2010 to register their biggest victory over them.

Pakistan’s biggest win against England came in Lahore in 2005 when they thrashed the visitors by an innings and 100 runs.

Pakistan beat England by two wickets in a cliffhanger at Lord’s in 1992. Chasing 138 in the final innings, Pakistan were in dire straits at 95 for 8 before the 2 Ws – Wasim (unbeaten 45) and Waqar (unbeaten 20) put together an unbeaten match-winning stand of 46 and won the match for their team with the bat!

Pakistan beat England by 22 runs in Multan in 2005 – that is the narrowest win by runs between the two sides. 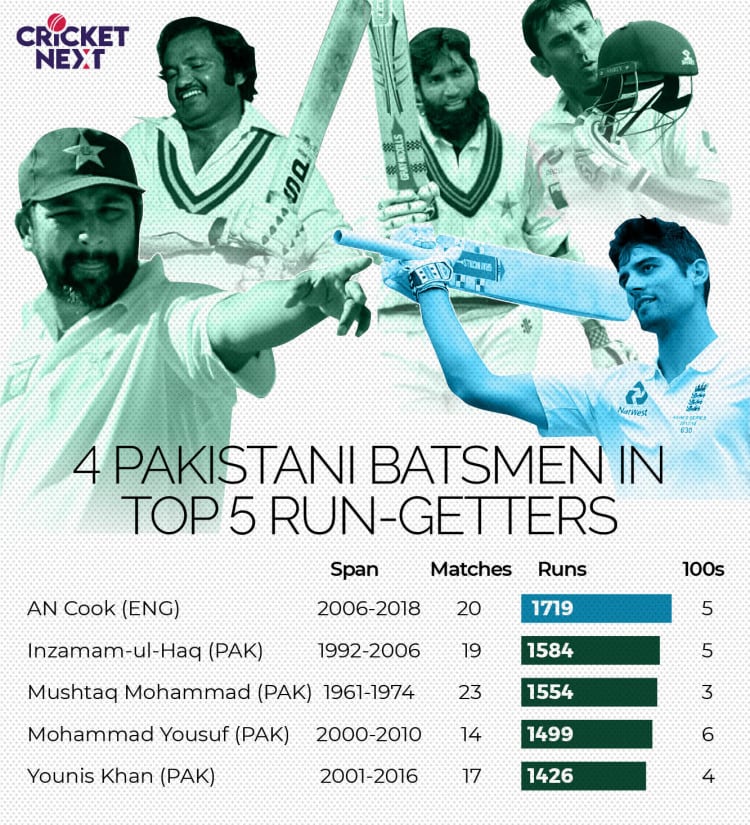 Mohammad Yousuf amassed 631 runs in 7 innings (4 Tests) on the 2006 tour of England at an average of 90.14 including 2 hundreds and a double hundred. Pakistan still lost the four-match series 3-0!

Milan born, Ted Dexter, was the highest scorer for England in the historic 1961 series win in Pakistan. He was on top of the run-charts again in the series that followed in England next year. The highest score by a Pakistani batsman is 274 by Zaheer Abbas in Birmingham in 1971.

Only two batsmen have recorded two double hundreds in the England vs Pakistan rivalry – Zaheer Abbas and Mohammad Yousuf.

Amongst all those great fast bowlers from England and Pakistan, it is interesting that a leg spinner is the leading wicket-taker in the rivalry between the two countries. Qadir picked 82 wickets in 16 Tests across 5 series between 1977 and 1987 against England.

His standout performance came in the home series in 1987 where he was the highest wicket-taker with 30 wickets in just 3 Tests! 26: Maximum Wickets in a Series for England: Chris Woakes

9: Maximum Number of Wickets Taken in an Innings: Abdul Qadir

Underwood picked 5 in the first and 8 in the second innings at Lord’s in 1974.

It is interesting that two spinners have the best bowling figures amongst the plethora of fast bowling talent produced by the two sides.

Anderson has picked 63 wickets in 15 Tests against Pakistan.

Imran Khan (24.63) has the best bowling average for a Pakistani bowler against England. 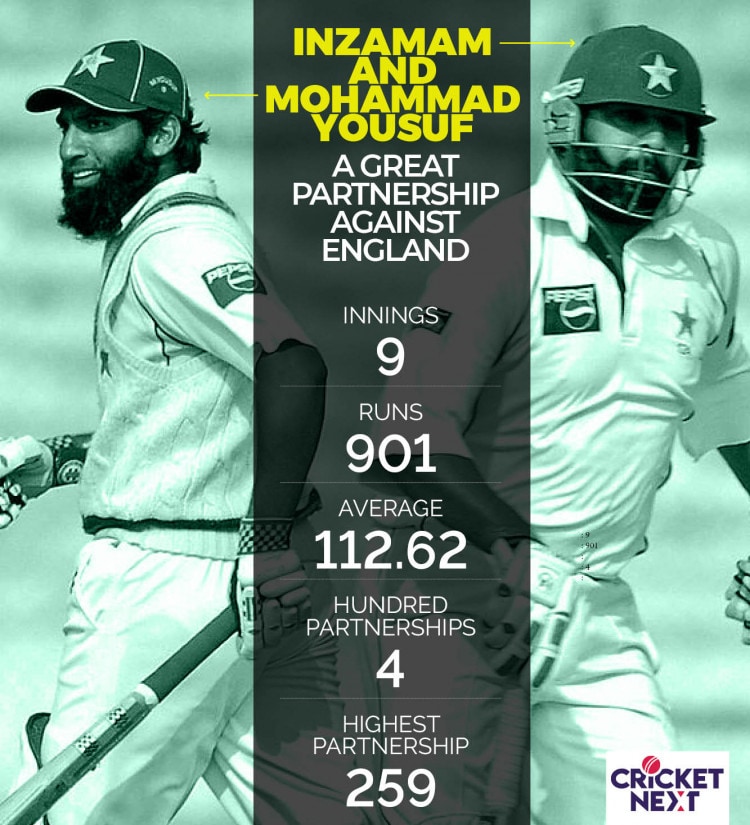 The pair added 901 runs in just 9 innings at an average of 112.62 including 4 hundred partnerships

363: Highest Partnership in an Innings: Mohammad Yousuf and Younis Khan (at Leeds in 2006)

332: Highest Partnership in an Innings for England: Stuart Broad and Jonathan Trott (for the 8th wicket at Lord’s in 2010)

There has been just one more 300-plus partnership – Javed Miandad and Saleem Malik added 322 for the 4th wicket in Birmingham in 1992.