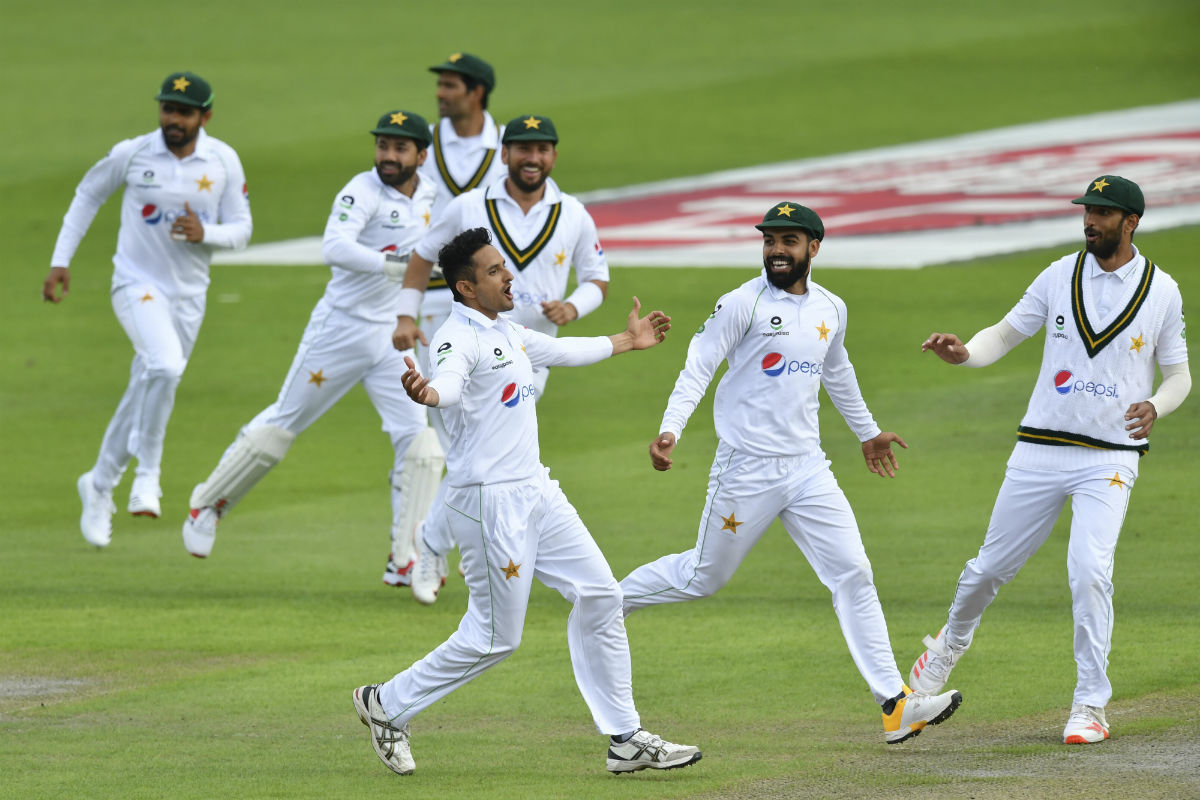 England vs Pakistan, 1st Test at Manchester, Latest Updates:Hello and welcome to the third day of the first Test between England and Pakistan here at Manchester. Pakistan are definitely on top here as they had reduced the opposition to 92/4. Here is an opportunity for them to take a healthy first innings lead and push the hosts on the backfoot.

DAY 2 REVIEW: England suffered a dramatic top-order collapse that saw Ben Stokes out for a duck after Shan Masood’s brilliant century established a strong position for Pakistan in the first Test at Old Trafford on Thursday. The hosts were 92-4 at stumps on the second day, after slumping to 12-3, in reply to Pakistan’s first innings 326 that featured opener Masood’s Test-best 156. Ollie Pope defied Pakistan to be 46 not out, with Jos Buttler unbeaten on 15. But England were still 234 runs behind with no more specialist batsmen left.

It took towering left-armer Shaheen Afridi just four balls to have Rory Burns lbw before Mohammad Abbas struck twice in quick succession. Dom Sibley was plumb lbw before the accurate Abbas bowled Stokes, standing well out of his ground, with a superb ball that clipped the top of off-stump. England were now 12-3, with the cheers of Pakistan’s reserve players on the hotel balconies overlooking the ground trying to compensate for the absence of their passionate fans in what is a behind closed doors series because of the coronavirus.

Joe Root, the England captain, and Pope kept Pakistan at bay with a stand of exactly 50. But leg-spinner Yasir Shah then had Root, who made a struggling 14 off 58 balls, well caught by wicketkeeper Mohammad Rizwan after the skipper edged an intended cut. The day started brilliantly for England when, with Thursday’s sixth ball, James Anderson had Babar Azam edging to first-slip Root for 69 without Pakistan having then added to their overnight 139. But Masood pressed on to join a select group of Pakistan batsmen who have scored hundreds in three successive Test innings.

The 30-year-old left-hander batted for nearly eight hours in largely bowler-friendly conditions to surpass his previous Test-best of 135 against Sri Lanka in Karachi in December. He received excellent support from Shadab Khan (45) in a sixth-wicket stand of 105 as England were run ragged after Pakistan had been struggling at 176-5. Pakistan had managed just 48 runs for the loss of three wickets in Thursday’s first session to reach 187-5 at lunch. But with five overs until the new ball, Root then bowled his own occasional off-breaks in tandem with frontline spinner Dom Bess immediately after the interval. Masood and Shadab responded by adding 27 runs with both batsmen well set by the time England took the new ball.

There were no nervous 90s for Masood, who had been reprieved twice on 45 by Buttler on Wednesday after the wicketkeeper dropped a catch and missed a stumping off the unfortunate Bess. Two late-cut boundaries off Stuart Broad took him to 96 before Masood, who struggled during Pakistan’s 2016 tour of England, completed a 251-ball century, including 13 fours. As well as being his fourth hundred in 21 Tests, and a first against England, it was also Masood’s third in a row, after his century against Sri Lanka was followed by 100 against Bangladesh in Rawalpindi in February.