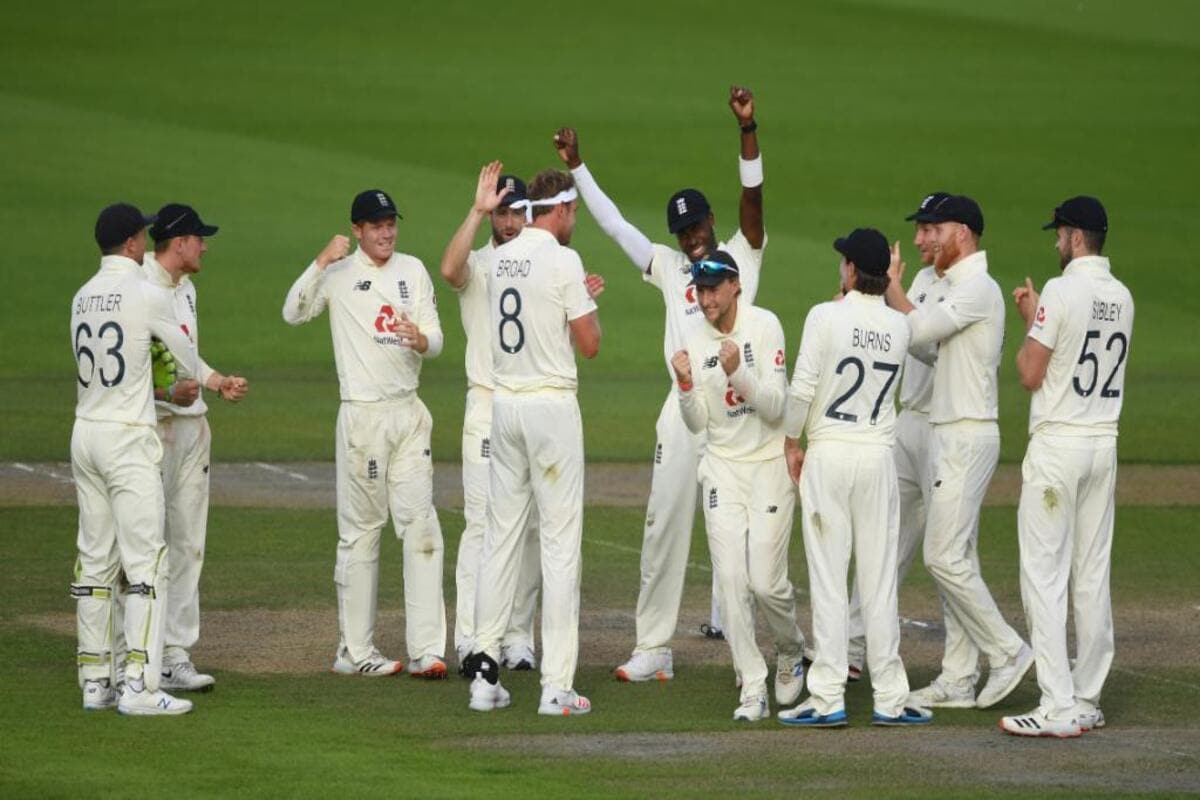 Ben Stokes took two late wickets to help drag England back into the first Test against Pakistan at Old Trafford on Friday.

Pakistan, on top for most of this match, were 137-8 in their second innings at stumps on the third day — a lead of 244 runs.

Stokes, who didn’t bowl in the third Test against the West Indies at Old Trafford last month because of a quad injury, took 2-11 in 20 balls.

He struck with just his eighth delivery of the match when he had Mohammad Rizwan lbw for 27 on umpire’s call.

And the paceman struck again before stumps when he had tailender Shaheen Afridi caught fending at a short ball.

But leg-spinner Yasir Shah, who had earlier taken four wickets, was still there at stumps on 12 not out.

Only twice have a team chased more than 200 to win in the fourth innings of a Test at Old Trafford, with England making 294-4 against New Zealand in 2008 and 231-3 against the West Indies at the Manchester ground in 2004.

England were also trying to end a run of losing the first Test in each of their last five series, with eight of their past 10 openers ending in defeat.

There were, however, still two days left in the game, albeit on a wearing pitch where Yasir earlier took 4-66 — including three for four in 27 balls — as England were dismissed for 219 in reply to Pakistan’s first-innings 326.

But Pakistan’s Shan Masood, who batted nearly eight hours for a Test-best 156 in the first innings, was out for a duck when caught behind down the legside off a poor Stuart Broad delivery.

In-form paceman Chris Woakes reduced Pakistan to 63-4, having Babar Azam well caught in the slips by Stokes before Pakistan captain Azhar Ali, out for a duck in the first innings, was lbw for 18.

Wicketkeeper Rizwan, far more impressive behind the stumps than England counterpart Jos Buttler, batted well in a partnership of 38 with Asad Shafiq, until Shafiq was run out by Dom Sibley’s direct hit.

England resumed Friday on 92-4, which represented an improvement on their dire position of 12-3 on Thursday.

Buttler, with just one hundred from his previous 44 Tests, was under pressure to score runs after costly mistakes behind the stumps.

He dropped Masood on 45 and then missed a chance to stump him on the same score — errors that intensified a debate about whether the World Cup winner should remain England’s red-ball gloveman.

But there was little he could do when, on 62, a Naseem Shah delivery climbed off a good length to take the shoulder of his bat and went to Shadab Khan at gully.

England suffered a fresh collapse after lunch, losing their last five wickets for 60 runs in 18.3 overs — a sequence that started when Yasir bowled Buttler between bat and pad for 38.