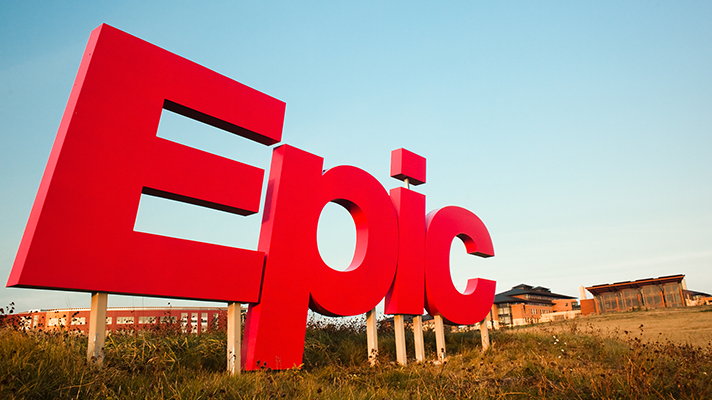 Epic Systems expects most of its 10,000 employees to return to its Verona, Wisconsin, campus on Monday after months of remote work. That does not sit well with many of them. According to multiple recent reports, Epic staffers say they’re not ready to come back to campus en masse with the pandemic still raging.

She added: “Creativity, innovation, and serendipity suffer, which can be fatal to a company like ours that is constantly needing to create new products and new features.”

But employees are wary of returning to work in Wisconsin, where the coronavirus spread is currently described as “uncontrolled,” according to COVID-19 Exit Strategy, with a 6.1 positivity rate.

The World Health Organization has said that number should be at 5% or lower for at least 14 days for any safe reopenings.

Reviews from people who say they’re Epic employees on the workplace-review site Glassdoor indicate widespread opposition to the decision-making.

“Not the company I thought it was,” wrote one developer. “The response to COVID-19 has been a disaster. Management doesn’t care about the safety and well-being of employees during a pandemic.”

“Slow to rollout working from home when COVID-19 pandemic started, then rushing to get 9,000 people back on campus despite high success for working from home,” wrote another. “Instead of fearing work from home, learn to manage when [your] employees aren’t on campus. They were your strongest asset but are now leaving.”

“Letting people work from home during a pandemic is a one-sided tradeoff – the company loses almost nothing (‘culture’ hardly counts), and gains quite a bit in the way of employee goodwill/morale and public health,” wrote another. “And yet, bafflingly, Epic is positioning itself on the other side of this tradeoff.”

Epic responded to Healthcare IT News’ interview request with the following statement:

Saving lives is our highest priority. Over two-thirds of the country have medical records in Epic and our software has helped save many thousands of lives.

Now, the healthcare organizations that rely on our software are facing a new and unprecedented pandemic. This requires novel software to be developed quickly along with creative approaches to implementation and support. In addition, we must continue our critical work to design and support software that helps save lives for people with conditions like heart disease, sepsis and cancer.

Over the past several months, our experience has been that results are much better and faster when staff are able to collaborate on new and creative ideas during in-person brainstorming sessions compared to over the phone or video conference. This in-person collaboration, with masks and safe physical distancing, is essential to saving more lives.

“I am deeply morally outraged by our response,” one anonymous Epic employee, his appearance pixelated and his voice disguised, told CBS News this week. “I feel like we are not evaluating the risk that we are taking.”

“I don’t want us to be the epicenter of the next breakout,” said another.

For the report – which notes that at least two dozen Epic staff have tested positive for COVID-19, although their infections were not necessarily traceable to their workplace – correspondent CBS Anna Werner spoke with UCLA epidemiologist Anne Rimoin.

“To forfeit safety for the idea of having collaborative moments is something that I just can’t agree with,” said Rimoin.

Epic, for its part, notes that its campus is large enough to give employees plenty of space to socially distance. It’s offering private offices to staff, it says, and is installing more advanced HVAC and air-filtration systems. Its campus cafeteria will be takeout only.

“With individual offices for everyone, a 1,000-acre campus, and 28 buildings, Epic’s campus allows staff to work safely,” said Epic in its statement to Healthcare IT News. “We have safety measures that follow public health guidelines. We will continue to work closely with local public health officials and infectious disease experts and adjust plans as needed.”

The company added that “people with health conditions that put them at higher risk for COVID-19 will be able to participate in meetings virtually.”

“We are not taking this lightly,” Epic chief administrator Sverre Roang told CBS. “We will [open] in a very mindful and careful way – and make sure that it’s safe.”

But, according to the Madison Capital Times, when confronted with employee pushback on its reopening plans, Epic’s leadership members “have largely dismissed their concerns, stifled dissent and retaliated against some managers, fostering an atmosphere of fear.”

That response, in turn, has led at least some employees, according to Tone Madison, to begin thinking seriously about unionization efforts.

“The reason that we reached out to the IWW,” one anonymous employee told Herman, “is that we basically tried all of the internal avenues to have things change for the better. Epic tells us that we’re supposed to be able to give feedback to whomever we want, and it doesn’t seem to have gone anywhere.”

Attempts to unionize at Epic, which has a history of pushing back against efforts at collective bargaining, are unlikely to succeed.

The case made it all the way to the Supreme Court, which found in favor of Epic in 2018, along with its co-plaintiffs, in a 5-4 decision.

In his majority opinion, Epic Systems Corp. v. Lewis, Justice Neil Gorsuch wrote that companies such as Epic can require labor and wage disputes to be hashed out individually, and not allow workers to collectively bring class action lawsuits against their employers.

In a statement given to Healthcare IT News at the time of that case, Faulkner said: “It is important that employers protect an employees’ right to file complaints, while also providing for a fair forum in which those grievances are addressed.”