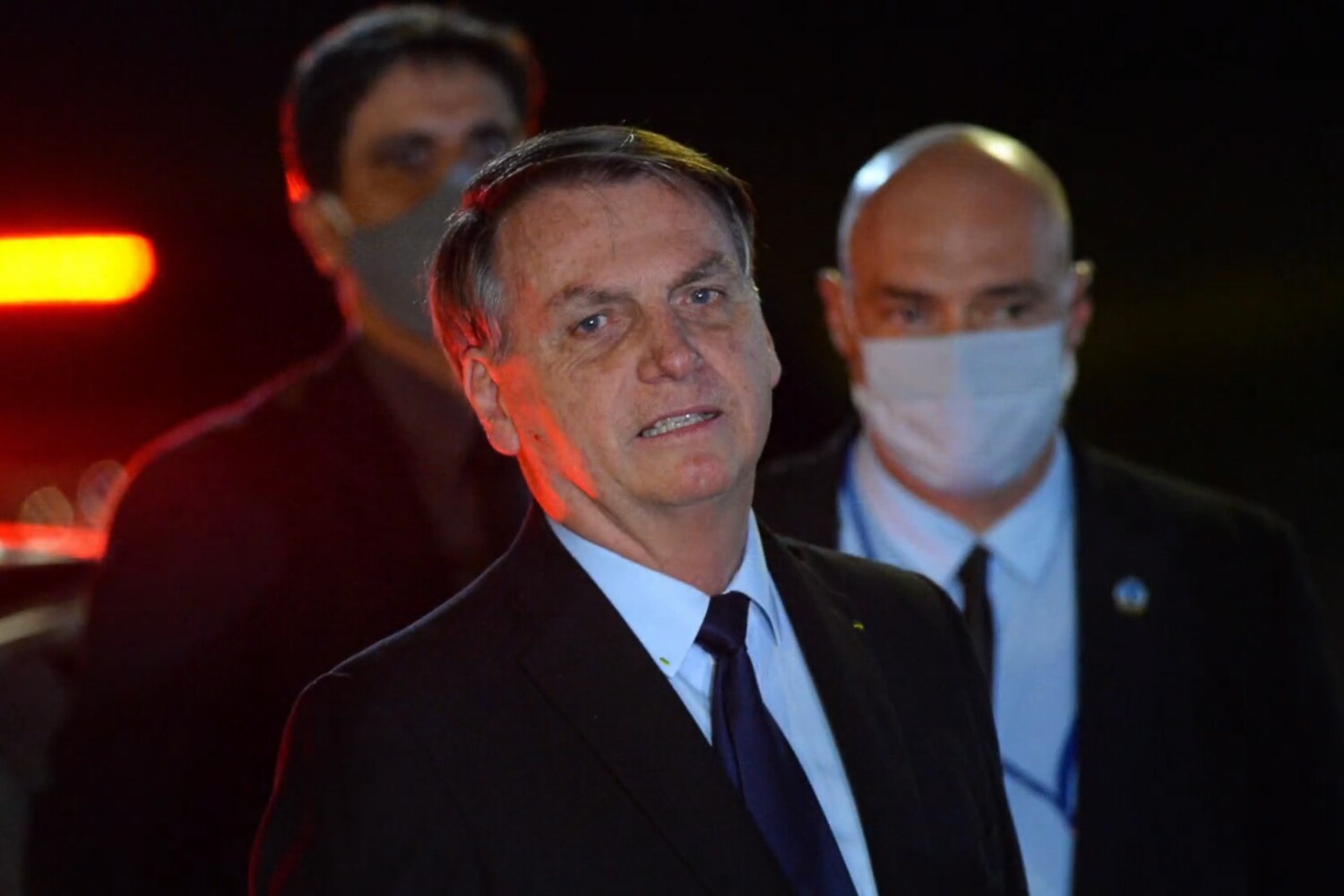 Brazilian President Jair Bolsonaro, who has repeatedly downplayed the severity of the coronavirus outbreak even as it has ravaged his nation, said Tuesday that he had COVID-19.

Confirming his diagnosis to journalists in the capital, Brasilia, Bolsonaro said he was suffering muscle aches, fatigue and a fever but otherwise felt “normal.”

“I even want to take a walk around here, but I can’t due to medical recommendations,” said Bolsonaro, 65, who said he was taking hydroxychloroquine, an antimalarial drug that’s been praised by President Trump but has not proved to be an effective treatment for COVID-19.

Like Trump, with whom Bolsonaro is frequently compared because they embrace a similar brand of populist politics, the Brazilian president has been a vocal skeptic of the gravity of the pandemic and of social distancing efforts to slow its spread.

He has dismissed COVID-19 as “a little flu,” saying if he got it he wouldn’t become seriously ill because he used to be an athlete. He’s criticized media coverage of the pandemic as “hysteria.” Bolsonaro was recently warned by a judge after appearing in public without a face mask, and Twitter has deleted several of his tweets that it said spread misinformation about the disease.

Bolsonaro has clashed with officials in his Cabinet and governors of the country’s most populous states over the appropriate coronavirus response, saying imposing lockdowns do more harm than allowing the virus to run its natural course.

More than 65,000 Brazilians have died of COVID-19 — the second-highest death toll in the world after the United States. In all, 1.6 million people have tested positive for the virus in Brazil. Low levels of testing mean the true counts are probably much higher.

Bolsonaro has continued to hold large public events where he mingles with supporters, often without a mask.

Over the weekend, he was photographed with his arm around the U.S. ambassador to Brazil at a July 4 celebration. Neither of them were wearing a mask.

The U.S. Embassy said Monday on Twitter that Ambassador Todd Chapman was not showing any symptoms but would be tested.

Bolsonaro has had previous coronavirus scares.

After Bolsonaro met with Trump in Florida in March, several members of the Brazilian delegation tested positive for the virus. Bolsonaro tested negative.

Speaking to journalists Tuesday, Bolsonaro compared the virus to a falling rain that would eventually drench most people.

Vulnerable Brazilians, such as the elderly, should take extra care, he said. He said young Brazilians didn’t need to worry.

“Life goes on,” he said. “Brazil needs to produce. You need to get the economy in gear.”

As stores and restaurants begin to reopen in parts of the country this month, polls show a majority of Brazilians believe Bolsonaro is impeding the fight against the virus.

That displeasure sounds in the streets of Rio de Janeiro and Sao Paulo, where every evening many residents lean out of their windows to bang pots in a noisy protest against the president.

Dr. Michael Ryan, emergencies director of the World Health Organization, said in a virtual news conference that Bolsonaro’s infection “brings home the reality of this virus” by proving that it doesn’t distinguish between the powerful and the poor.

“No one is special in that regard,” he said. “We are all potentially exposed.”