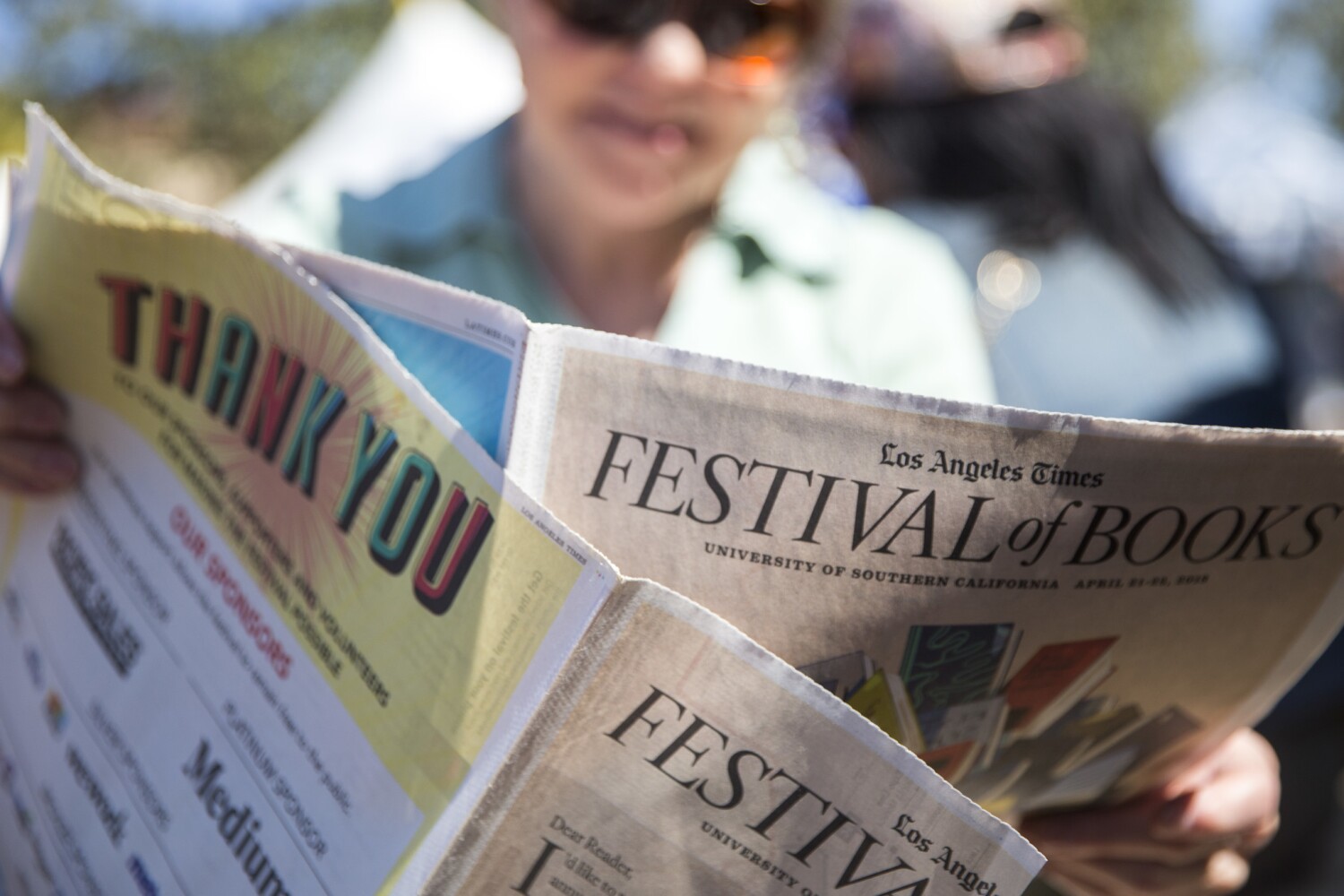 The Los Angeles Times Festival of Books is opening a virtual chapter this year amid the COVID-19 pandemic.

After being postponed from April to October, the 25th Festival of Books, Stories & Ideas will take place online instead of being held on the University of Southern California campus, The Times announced Friday.

The marquee event, a partnership between The Times and USC, will be reimagined as a virtual community-wide gathering.

The e-festival will still celebrate storytelling when it launches Oct. 18. It will continue over four weeks rather than two days. The Times will host author panels, readings and other events during that time.

The full programming schedule will be announced in mid-September.

“This year, the festival will make that kind of inspiration accessible from home.”

Winners of the festival’s Book Prizes, which recognize outstanding literary works in 12 categories, were announced on Twitter in April.

Next year’s festival is scheduled to take place back on the USC campus April 17-18, though The Times will continue monitoring public health and safety protocols before that and adjust accordingly.