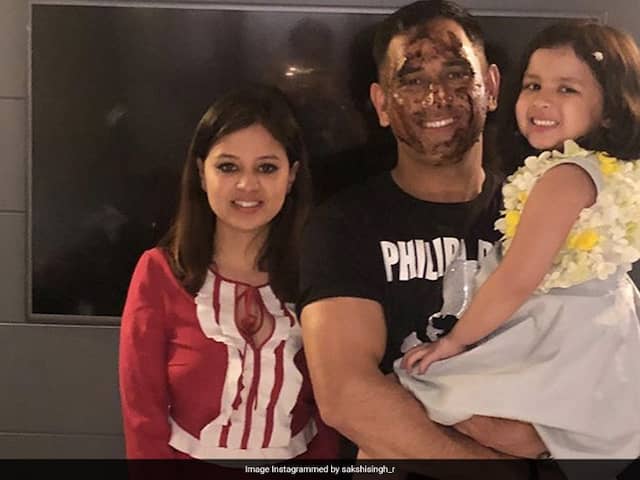 
MS Dhoni, who turned 39 on Tuesday, received birthday wishes from his teammates and fans from all around the world. His wife Sakshi Dhoni also took to Instagram to wish her husband on his special day. Sakshi penned a beautiful message for her husband and also revealed a few changes the former India skipper has gone through in last one year. In her adorable post, Sakshi referred to Dhoni’s grey beard and said that he has become “smarter and sweeter”. Posting a series of pictures, Sakshi revealed that Dhoni is not someone who is easily moved by the “sweet wishes and gifts”.

“Marking the date you were born, another year older, greyed a bit more, become smarter and sweeter. (Literally) You are a man who will not be moved by all the sweet wishes and gifts. Let’s celebrate another year of your life by cutting a cake and blowing the candles! Happy Birthday, Husband!!,” Sakshi captioned the post.

Many former and current cricketers also wished the 2011 World Cup winning captain in their own ways. Dhoni’s Chennai Super Kings teammates Dwayne Bravo, Kedar Jadhav and Suresh Raina all made his birthday special with their lovely posts.

While each and every message was special in its own way, CSK all-rounder Dwayne Bravo gifted all the Dhoni fans with a special gift on his birthday as he released “helicopter song”, paying tribute to all his achievements.

Dhoni hasn’t played for the country since July 2019 when India made the exit from World Cup 2019 after losing to New Zealand in the semi-final. For close to one year, many fans have been waiting anxiously to see their favourite cricketer return to action.

The fans’ wait was supposed to end during this year’s Indian Premier League (IPL), but unfortunately, they will have to wait a little longer as the cash-rich league has been postponed indefinitely by the Board of Control for Cricket in India (BCCI) due to the coronavirus pandemic.