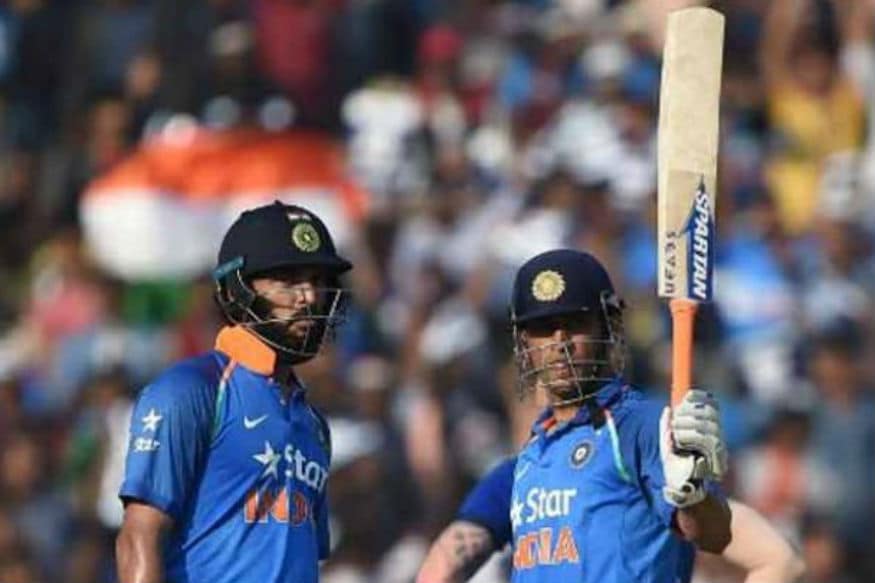 Former India skipper and Chennai Super Kings veteran MS Dhoni turns 39 today. A player beyond excellence, Dhoni not only created a space of his own in Indian cricket, but world cricket as well.

He is undoubtedly the best wicket-keeper batsman the country has ever seen, and perhaps the world too. And the his great numbers are a testimony to the fact.

In a career spanning 16 years, Dhoni played 90 Tests, 350 ODIs and 98 T20Is. In these matches he amassed over 17,000 international runs, with 16 tons to his name. While the nation gets together to celebrate “Captain Cool’s” birthday, we take at all his ODI tons.

Dhoni had a rather ordinary start to international career, where he batted lower in the order and didn’t have enough opportunities to show his batting skills. In fact many thought he would meet the fate of previous wicket-keepers, who came into the side for a short span. But in his fifth match, Dhoni produced a masterclass. Coming in at number three, he smashed a strong Pakistan bowling line up all over the park, in Vizag. He made 148 from just 123 balls.

This was a memorable match in a lot of ways. Perhaps, this was the innings that established him as the premier batsman in that Team India. The team was chasing a stiff target of 299 against the Lankans in Jaipur and Dhoni came out to be bat fairly early in the innings. What transpired then was absolute carnage. He ripped apart the opposition and scored a magnificent 183 to take India home. Such was his dominance, that hardly anyone remembers Kumar Sangakkara’s 138 in the match.

By this time Dhoni was already a household name in the country. While playing for Asia XI against Africa XI, he saved his team from trouble when they were reeling at 72/5. Then Dhoni combined with Mahela Jayawardene to build a partnership of 218. Both the men scored tons, that helped Asia XI to score 331 in their allotted 50 overs. Also this ton came at MA Chidambram Stadium in Chennai, a place that was going to become his home in the coming years.

This was Dhoni’s first ton away from home. Though it was against a lowly Hong Kong, but Dhoni showed his consistency with the bat and why he was considered one of the best batsman. After Sehwag and Gambhir gave a solid start to India — both scored fifties — Dhoni and Raina took over and slammed centuries. With their effort, they took India to 371 in their quota of overs. Dhoni ended with 109 not out.

This was yet another hundred in a winning cause for Dhoni. India lost a few early wickets, and the team needed a solid partnership. Dhoni combined well with Raina and Gambhir, and had over 100-run partnerships with both of them. This match was crucial for India as they had to keep alive in the series against Australia, after having lost the first match. Dhoni kept his composure and played one of his finest innings. With this India managed to register a 99-run victory.

Dhoni has always done well against Sri Lanka and this innings was no different. Dhoni scored a brilliant 107, to go with Sachin’s 43 and Raina’s 68. That propelled the Indian score to 301. But unfortunately that wasn’t enough to save the team from a defeat. Sangakkara spoiled India’s party and scored 123 to take his team home.

Another versatile innings from Dhoni’s bat ensured that India win the match eventually. After being set a target of 299, India were in all sorts of trouble at 51/3. But then Dhoni and Kohli batted sensibly and stitched a partnership of 153. After Kohli’s dismissal, he paired well with Raina, to finish off the proceedings with six balls to spare. The duo added 94 runs together.

While the world knew that Dhoni can adapt well according to match situation, he showed everyone that he can hold one end in the time of need, and yet take the team forward. Against Pakistan, India were reeling at 29/5 in 10 overs. But Dhoni did not lose hope. He had a partnership of 73 with Raina and 125 with Ashwin, to take the team to a fighting total of 227. But that was not enough on the day as India lost by six wickets in the end.

This innings from Dhoni also came in a losing cause. Nonetheless, he played a spectacular innings of 139 against the mighty Aussies. India had scored 303 in their 50 overs, courtesy Dhoni’s ton and Kohli’s 83. But the bowlers could not defend the total on a flat Mohali track. Adam Voges scored 76 while George Bailey made 43. But the surprise of the day came from James Faulkner, who scored a fiery 68 and stole the match from India.

After a gap of four years, Dhoni scored a ton, his first against England. This is also his first ton after giving up the captaincy. India were 1-0 up in the series and were looking to dominate. But the top order faltered and India were reduced to 25/3. But then Dhoni paired with Yuvraj and turned the tables on England. Both the batsmen were going great guns and hammered the England bowlers. While Dhoni scored 134, Yuvraj also returned with 150. Despite scoring 381, India narrowly won the match by 15 runs.