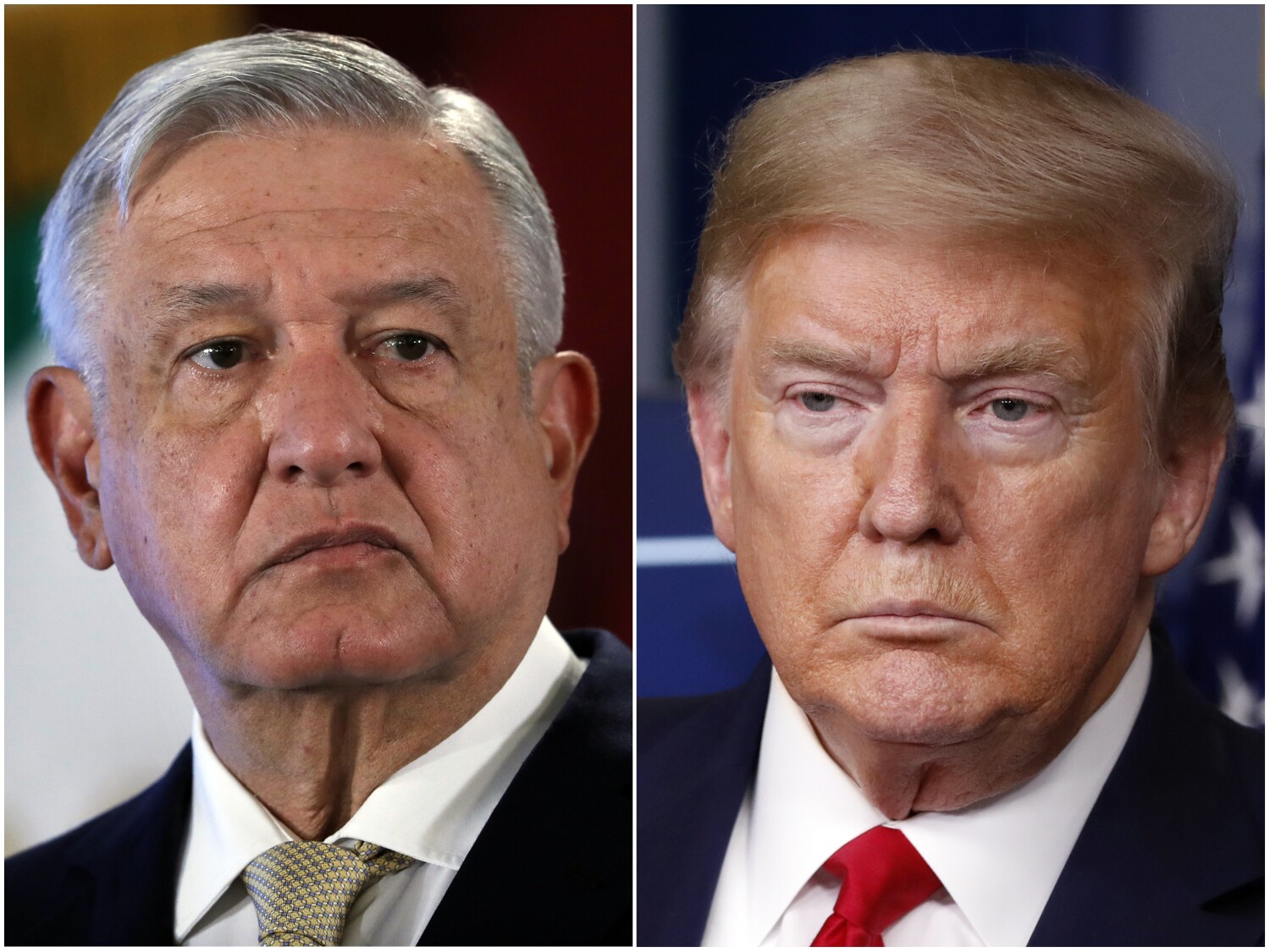 In 2018, Mexican President Andrés Manuel López Obrador campaigned as the anti-Trump, promising to push back against the U.S. president’s anti-immigrant policies, bluster and bullying. This week, López Obrador meets with Trump in Washington, and he has long since revealed his true colors. Far from challenging the U.S. president, he has become one of Trump’s closest allies, cooperating with him on policies that trample human rights and following his neighbor’s abusive playbook on issues such as border policy, law enforcement, COVID-19, press freedom and women’s rights.

The official visit on July 8 and 9 — arranged to celebrate the kickoff of the U.S.-Mexico-Canada Agreement, which replaces NAFTA — will be López Obrador’s first international trip since taking office. His critics at home worry that a trip ostensibly meant to bolster Mexico’s economy and North American free trade will be co-opted by Trump for his reelection effort. As one political analyst said, López Obrador’s studiously friendly relationship with Trump “hasn’t always been the best in terms of Mexico’s national interest.” It is perhaps telling that Canadian Prime Minister Justin Trudeau will not be in attendance, and that López Obrador has declined to meet with the Biden campaign or congressional Democrats while in Washington.

Far from fulfilling his vow not to “do the dirty work of the U.S.,” López Obrador has been an enthusiastic partner in Trump’s controversial efforts to close down the U.S. asylum system and circumvent refugee law. He deployed the military to Mexico’s southern border to intercept impoverished refugee families fleeing violence and abuse in Central America. He signed on to the so-called Remain in Mexico program, which forces asylum seekers to wait for their hearings in dangerous, unsanitary, makeshift camps on the Mexico side of the border, where they face kidnapping, extortion and violence at the hands of cartels and Mexican officials.

The Mexican president also shares Trump’s affinity for the use of the military in domestic law enforcement. In 2019, López Obrador changed the Mexican Constitution to allow the military to patrol the streets and detain civilians, formalizing a policy initiated by his predecessor, Felipe Calderón, in 2006, with the full support of the U.S. government. In Mexico, 14 years of military policing have led to countless incidents of torture, forced disappearances and extrajudicial killings.

The two leaders have had a remarkably similar response to the COVID-19 pandemic. Both have misinformed the public and downplayed the risks of the coronavirus. Both have attacked journalists for reporting on the pandemic or for questioning the government’s response. Both have continued to hold unhealthy public rallies. López Obrador has dismissed calls for him to stop traveling and attending events as political scheming by his opponents rather than important public health advice. Meanwhile, the United States and Mexico are now among the countries with the highest daily COVID-19 death rates in the world.

The two leaders are both renowned for their hostility to independent media. López Obrador attacks the media almost every day, and he has borrowed Trump’s charge of “fake news.” Mexican journalists recently exposed that his administration was using Twitter bots and spurious social media accounts to attack reporters. And he has made little effort to halt the frequent killings of journalists by criminal cartels, which make Mexico one of the most dangerous places in the world for reporters. López Obrador calls journalists “criminals”; Trump prefers “human scum” and “the enemy of the people.”

Trump’s history of misogyny is well known. Mexico’s president recently told reporters he thought most domestic violence 911 calls were fake. He has described questions about femicide as distractions. He has proclaimed that feminism is unpopular because it seeks to “change the role of women.” His administration recently released a campaign saying that, to prevent domestic violence, would-be abusers should just calm down and “count to 10.”

López Obrador departs from Trump’s example in this way at least: He frequently claims to be a “humanist” and talks publicly about his administration’s respect for human rights. Trump, on the other hand, doesn’t even pay lip service to such things, except when he’s attacking regimes his base dislikes, such as Iran or Venezuela. In any case, both men’s actions speak louder than their words, evincing callous indifference to the rights of the most vulnerable on both sides of the border.

The optics of the first face-to-face meeting of Trump and López Obrador will be closely watched in Mexico and the United States. “He’s a really great guy,” Trump said recently of López Obrador. Maybe the U.S. president thinks he’s looking in a mirror.