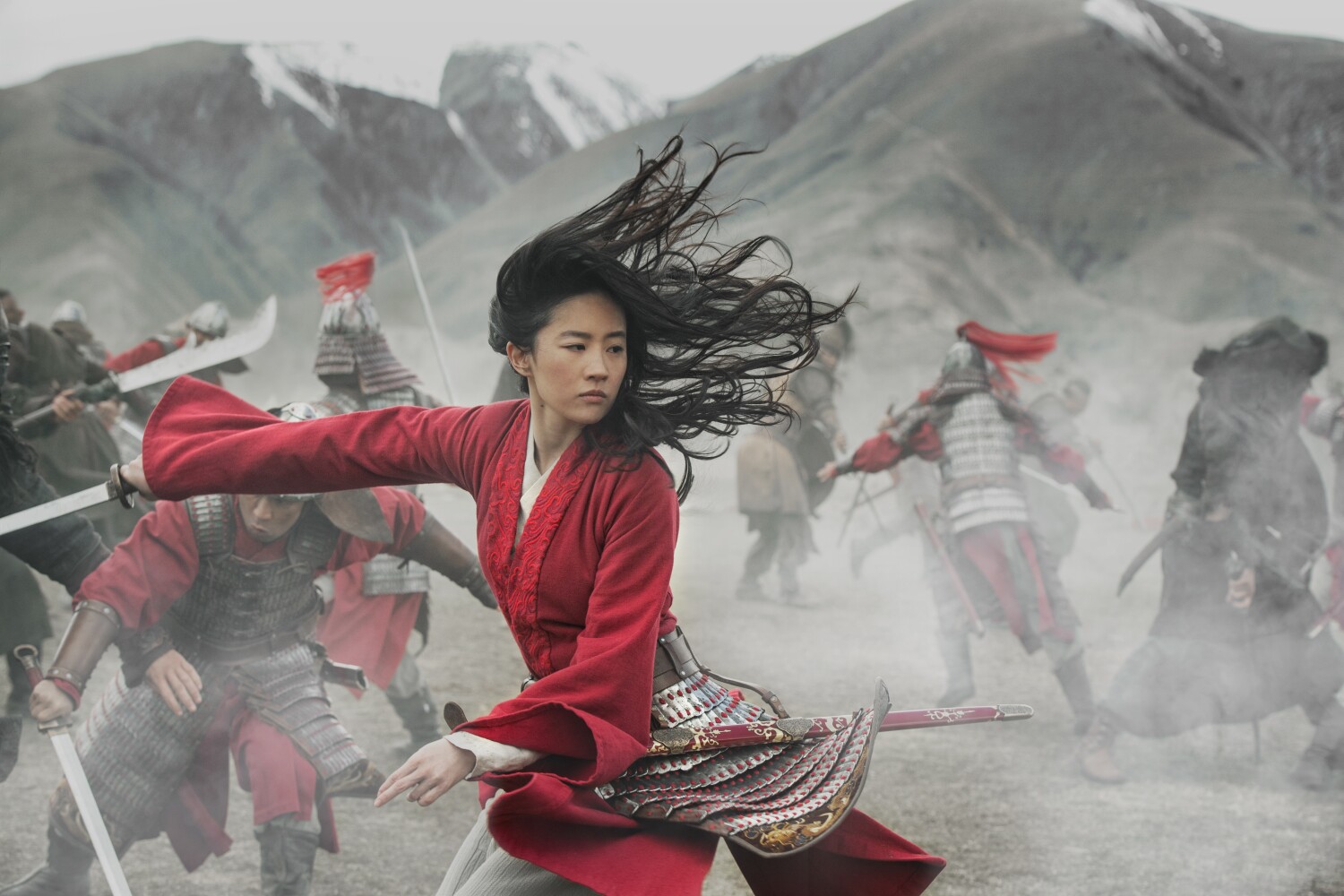 At long last, Disney is springing “Mulan” from lockdown. Skipping the theaters, the studio will premiere the live-action drama directly on Disney+ for a rental fee of $30. Whether Mulan fans will part with such a sum to watch the film in their own living rooms remains to be seen.

The answer may depend on which Mulan they encounter on their TV screens. A loyal daughter? An unwavering patriot? Or a liberated young woman in search of fulfillment? In the 1998 animated “Mulan,” Disney filmmakers hedged their bets, but in 2020, female moviegoers expect more of their heroines.

In truth, storytellers have grappled with Hua Mulan’s core identity for nearly 1,500 years. The original 568 CE ballad portrays Mulan’s actions as singularly driven by family loyalty: When an authoritarian ruler demands every family supply a soldier for his army, Mulan secretly volunteers to protect her father, disguising her sex and fighting as a man. After winning glory on the battlefield, she declines a prestigious government post. Her sole ambition is to return to her beloved family and resume a life of domestic womanhood.

By the early 20th century, as the last Chinese dynasty fell and Confucian ideals gave way to nationalism, the filial Mulan was transformed into a patriot, fighting in defense of her country. The updated legend provided Mulan a new but still traditional happy ending — marriage to a fellow soldier.

Even a century ago, however, some young women seized on the transgressive, liberated behavior at the heart of the Mulan story. One of them — Soumay Tcheng — led such a remarkable, trailblazing life that she became a media sensation in the United States as well as a torchbearer for young women across China.

I first encountered Tcheng in newspaper archives while researching the early years of global feminism. “Daughter of the Revolution and Liberator of Chinese Womanhood,” declared a 1928 article in the Billings (Mont.) Weekly Gazette. “Embodiment of the new China,” echoed the San Francisco Examiner.

Born into a wealthy, traditional family in southern China in 1891, Tcheng openly rebelled against the monotonous, domestic life of a daughter of the elite, ripping off the bandages used to bind her feet and refusing an arranged marriage.

While still in her teens, Tcheng joined a secret cell sworn to overthrow the emperor, smuggling bombs into Beijing for a final assault. The 1911 revolution was successful, but China’s new president sought dictatorial control. When Tcheng and her friends began plotting his ouster, the government put a price on Tcheng’s head, and her family sent her packing to Paris, where she settled down to study law.

World War I erupted two years later, and Tcheng began acting as a back-channel conduit between China and France. At the war’s end, the Nationalist government in southern China made her a delegate to the Paris Peace Conference, the only woman in the world granted such diplomatic credentials.

By then, Tcheng was starting to attract American journalists’ attention. “One of the most popular misses in Paris today is Mlle. Tcheng,” proclaimed the Evansville (Ind.) Press in 1919, “she’s a lawyer, aiding world feminists in presenting women’s claims to the peace congress.”

Tcheng went on to become China’s first female lawyer and judge. She married her friend and law partner, Wei Tao-ming, but refused to allow marriage to put a halt to her ambitions becoming, in the words of the Los Angeles Times, “one of the most remarkable women in modern China.”

In the early 1930s, Tcheng helped draft China’s first modern civil code, which granted women freedom to choose whom to marry, to divorce and to retain separate property as wives. In 1931, she became president of the University of Shanghai School of Law.

Tcheng always credited her willingness to challenge gender norms to Mulan. “I never grew tired of hearing about her and begged for the story over and over again,” she would write in her autobiography.

During World War II, Tcheng and Madame Chiang Kai-shek toured the U.S., drumming up support for China’s fight against Japan, while Tcheng’s husband served as China’s ambassador in Washington. She would return to America from Taiwan in the mid-1950s, for cancer treatment. In 1959, she died, forgotten, not far from where Disney Studios would twice breathe new life into the Mulan legend.

Disney’s first go-round in 1998, the animated musical version of “Mulan,” barely departed from the traditional. The filmmakers carefully wrapped Mulan’s gender-bending militancy in a blanket of domesticity. As the story opens, Mulan is heading to a matchmaker, and it ends with her hinted marriage to Capt. Li Shang.

“Mulan” 22 years later is in the hands of a female director and aimed at a generation of engaged, socially aware young women. The studio essentially admitted as much when it released the first “Mulan” trailer during the U.S. women’s soccer team championship game in the 2019 FIFA Women’s World Cup, a match where chants of “equal pay” rivaled those of “U-S-A!” And in February, in a bow to the #MeToo movement, Disney revealed that the latest Mulan will not be courted by her commanding officer.

A century ago, Soumay Tcheng broke one social convention after another by modeling her life on Mulan. We’ll see if Disney follows Tcheng’s lead and grants Mulan what centuries of women warriors have struggled to attain: a fully formed identity as a daughter, patriot and feminist.

Mona Lesley Siegel, a history professor at Cal State University Sacramento, is the author of “Peace on Our Terms: The Global Battle for Women’s Rights after the First World War.”