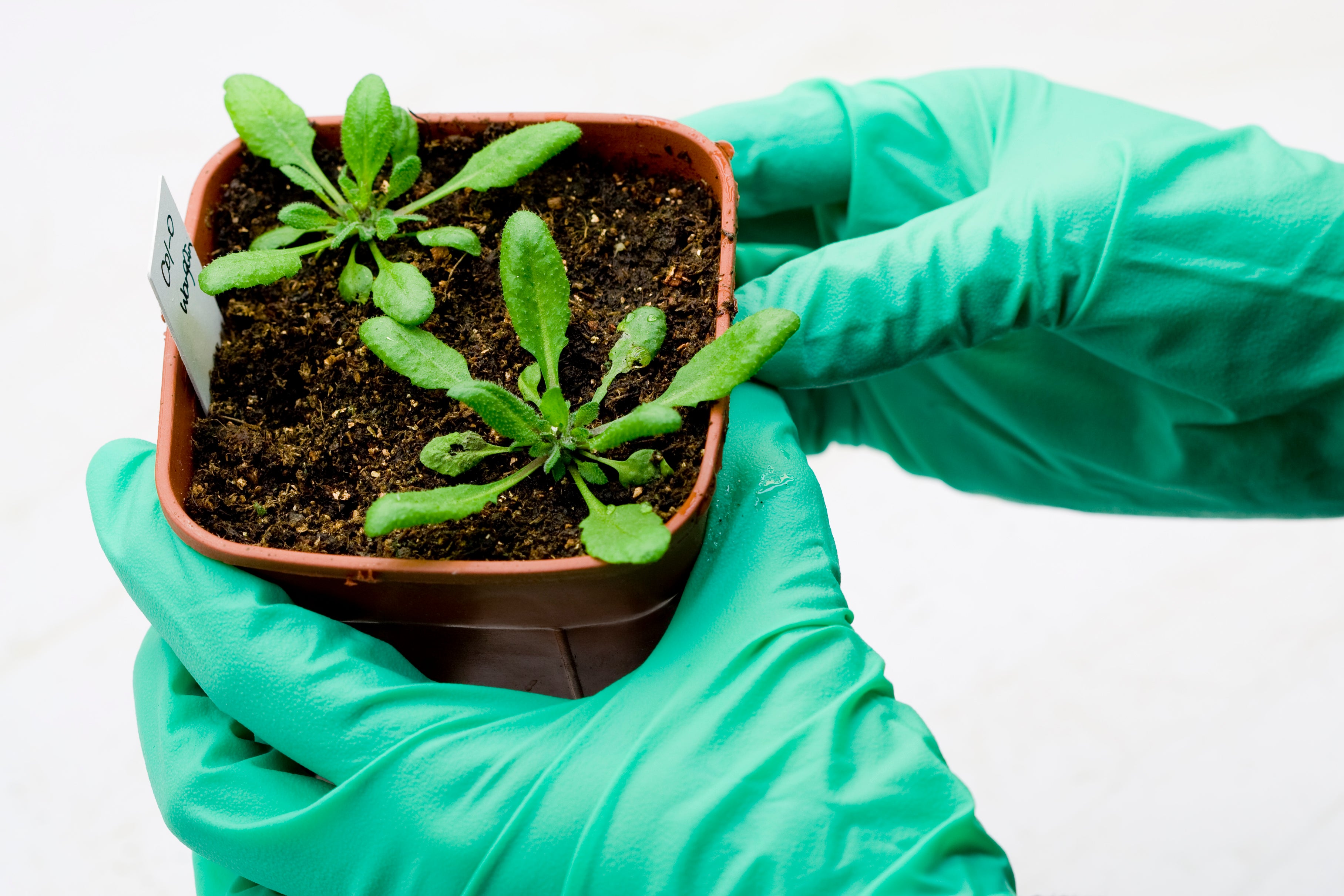 Between crop damage caused by climate change, and a rising global population and nutritional demand, it is clear the world will need to produce more food in the future. Researchers have long studied ways to help plants resist environmental stressors such as pests and drought, both through conventional breeding and genetic modification. But many questions still remain about how, exactly, plants interact with their environment and how scientists might be able to modify those processes to help them adapt.

Researchers at the Institute of Network Biology in Germany and their colleagues may have found a way to help. In early July they published a study in Nature showing that plants communicate with the environment in more complex ways than previously thought. The investigation revealed that the information-processing network, driven by hormones, in one genus of plants is carried out by more than 2,000 protein interactions, hundreds of which had not been discovered before. “We’re going to need a second green revolution,” says Shelley Lumba, a plant biologist at the University of Toronto, who was not involved in the study. “These would be good leads to test.”

Unlike animals, which complete most of their development in utero, plants remain relatively flexible throughout their life. Sensory proteins detect changing environmental conditions and then use hormones to cause it to alter its behavior or physiology accordingly. Many pathways are well understood: the hormone ABA, for instance, tells plants to close their pores and conserve water during drought by directing a series of specific proteins to carry out cellular functions.

The flexibility of these hormone networks is precisely what has made them so difficult to genetically modify or engineer to cope with changing climates, however. Most genetically modified crops that are on the market are made by adding a gene from bacteria to a plant’s genome—allowing it to resist an herbicide or insecticide, for example. And although the alternative, manipulating proteins, is relatively easy with new genome editing techniques, “you usually mess up the plants,” says Eilon Shani, a plant biologist at Tel Aviv University.

To create crops that resist environmental stressors, researchers have relied on conventional breeding techniques using the genetic diversity that exists naturally among them. They have done so to develop varieties of wheat that produce high levels of ABA, for instance. That sort of breeding has become increasingly difficult in recent years, says Matthew Hudson, a crop scientist at the University of Illinois at Urbana-Champaign. For one thing, many countries have begun banning the export of seeds that have useful properties in order to conserve them as a natural resource.

New technologies, including CRISPR/Cas9 genome editing, can make genetic modification relatively straightforward. Scientists hoping to tweak plant genes must first know what they are looking for, however. Focusing on systems rather than individual genes could prove useful. To activate their defenses against insects, for example, plants might have to shut down another hormone pathway, such as growth or water conservation.

“There are a lot of trade-offs that are fundamental to plant physiology, and we know they’re there, but they’re not characterized in a quantitative way,” Hudson says. Research such as the Nature study, he says, could help scientists develop computational models that would reveal how to understand and tweak the pathways through genetic engineering. “This is obviously the next generation of research,” Hudson says.

Lumba is studying the hormone mechanisms that help certain plants quickly repopulate areas razed by forest fires. When these “fire followers” sense the chemicals emitted from burned materials, they release a hormone called auxin that sparks germination. Yet because all known plants contain auxin, as well as the smoke-sensing proteins, it remains unclear why most of them do not actually respond. Mapping out the extensive pathways between the sensor and the response, she says, could be a step toward helping restore ecosystems after a fire.

Creating crops that quickly adapt to their environments will continue to be a massive endeavor. Most plant researchers studying signaling mechanisms have focused on Arabidopsis, a genus of small flowering herbs related to cabbage and mustard. A laboratory model of Arabidopsis has been extremely well characterized. Revealing the entire network of protein interactions in crops such as corn or rice, Hudson says, would take years and millions of dollars.

Although researchers have been working on genetically modified crop plants that resist drought or other stressors, none of the variations are close to being commercially available. “We have transgenic traits we can add on top [of conventionally bred plants], but we’re really not engineering the subtle things that make plants into viable crops,” Hudson says. His group and others at the University of Illinois are working on developing computer algorithms to predict how modifying particular genes through engineering would affect a plant’s growth. For slow-growing organisms—including walnut trees, which are under threat from a parasitic fungus—such a system could save many years of watching and waiting.

The same advantage is true for noncrop plants. Bingru Huang, a plant biologist at Rutgers University, has genetically modified hormone-signaling pathways in grasses used for golf-course turf and other applications. Increasing the amount of hormones called cytokinins and making the plants more sensitive to their changing levels, she found, made the grasses more resistant to heat and salty soil. Huang says practical genetic engineering of hormone pathways will be difficult, however. “When you change one hormone, others change,” she adds.

Ultimately, figuring out the ways plants communicate with their surroundings and adapt to harsh environments could benefit the food supply. “We don’t think we’re smarter than nature and smarter than plants,” Shani says. “But we might help plants adapt faster than waiting another million years for evolution to do its work again.”