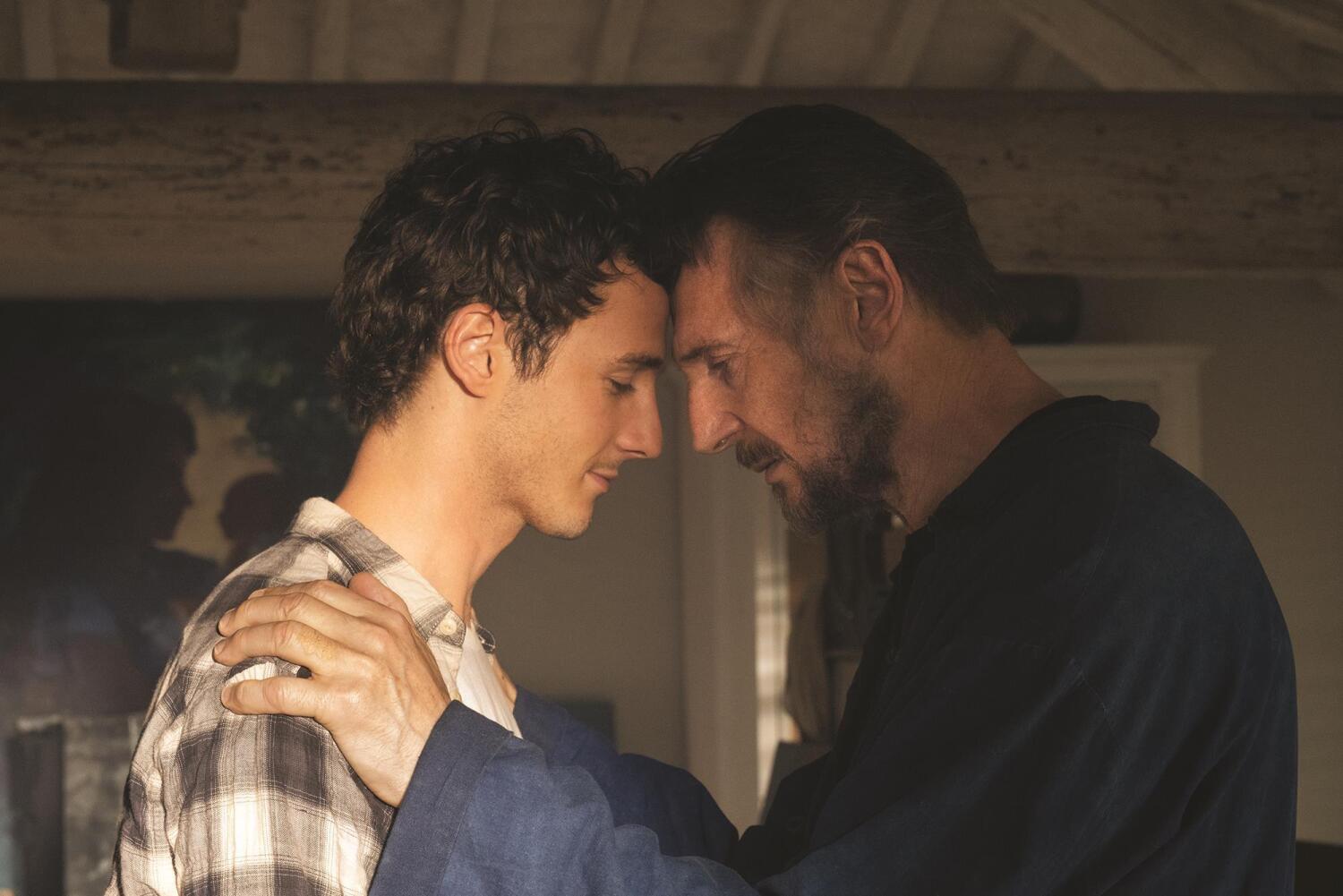 With a gorgeous location, pretty people and familiar story, “Made in Italy” is too gentle to make an impression.

Jack (Micheál Richardson) is an English 20-something faced with losing his connection to an art gallery through divorce. He enlists his somewhat-famous painter father Robert (Liam Neeson) to renovate a grand house they own in Tuscany. Selling it should give Jack the means to buy the gallery. But Jack and Robert are, if not estranged, not close, and the house is full of memories of Jack’s mother, Robert’s wife, who died when Jack was 7.

Richardson is Neeson’s real-life son, and, like the family in the film, the two actors suffered the loss of Richardson’s mother and Neeson’s wife (actress Natasha Richardson) in a tragic accident years ago. That might lead one to expect a cinematic catharsis, but “Made in Italy” hesitates to go there.

It’s full of missed opportunities and lacking in telling details. It’s a father-son drama, but perhaps its closest comp would be “Doc Hollywood” because it’s also a lite, l-i-t-e, romantic comedy. As in that Michael J. Fox starrer, the cynical city guy on a mission finds himself stuck in a beautiful small town where a beautiful local gal makes him see the beauty of the world. Unlike that 1991 charmer, we don’t get enough of the local flavor for the taste to be distinctive. There are detours into Tuscan cuisine that aren’t exactly mouth-watering. The lushness of the environs is presented, literally, as a painter’s composition rather than experienced by the characters. The filmmaking isn’t visceral.

There’s little plot. The portraits aren’t drawn finely enough for the film to be an actual character study; more like a collection of rough sketches. Jack has a wash of indistinct malaise. It’s hard to see why scrappy single mom Natalia (Valeria Bilello) is drawn to him. Neeson is, of course, a fine actor, but there aren’t enough colors on the palette he has been given. The wonderful Lindsay Duncan likewise has little to work with as a hard-edged local real estate agent.

“Made in Italy” lacks bite and the bitter taste of the medicine needed to cure real ills. Even the confrontations are genteel. Precisely when the film should get its hands dirty, it all feels too clean.

It’s the writing and directing debut of veteran British actor James D’Arcy (probably best known to American audiences as Jarvis, the only character in the Marvel Cinematic Universe to originate on television, in “Agent Carter,” and move to the big screen, in “Avengers: Endgame”). Having gotten his feet wet, one hopes he’ll wade in deeper in his next excursion.

Trailer for “Made in Italy,” starring Liam Neeson.