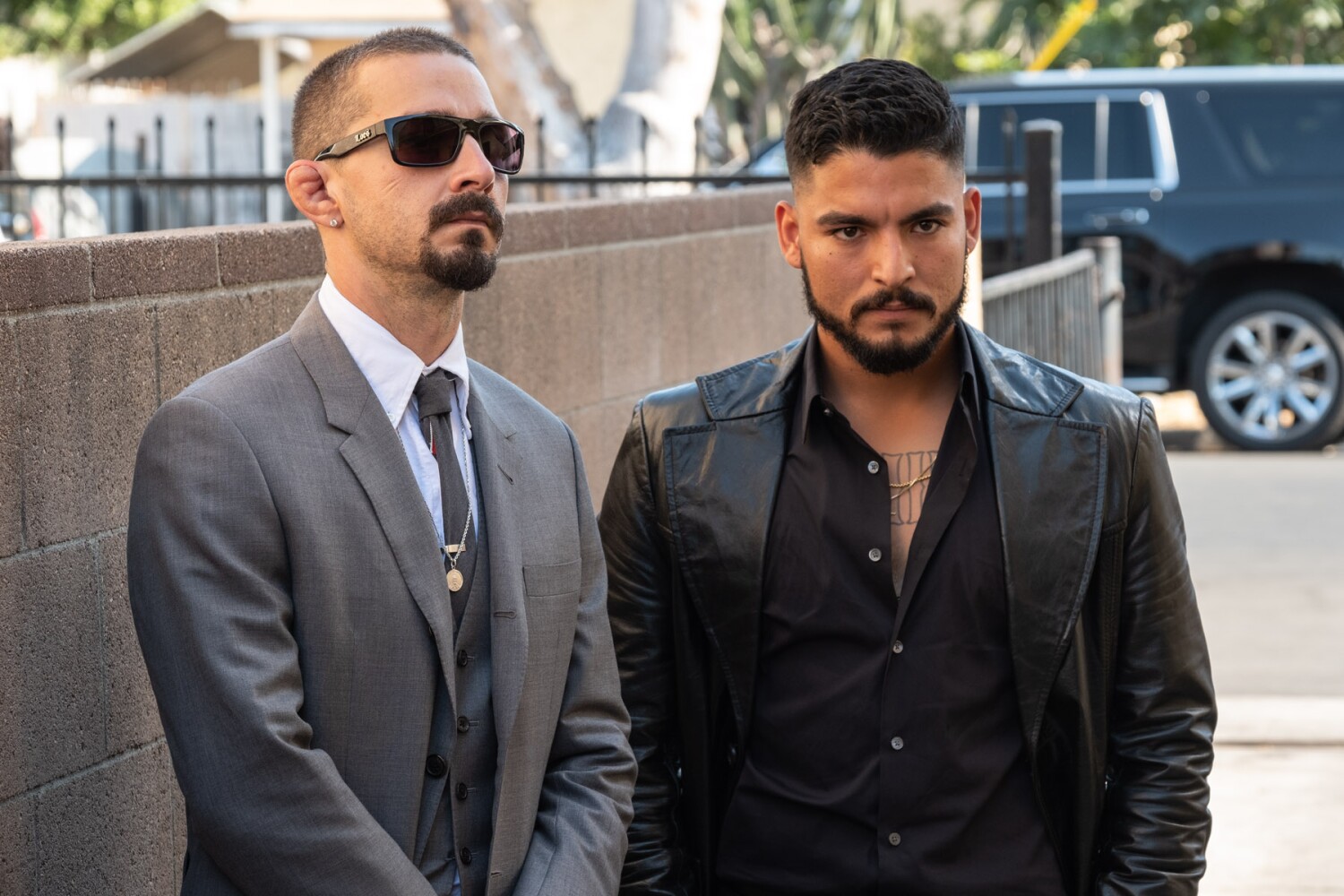 Honor-bound enforcer David (Bobby Soto), whose job within his family-run criminal organization is to ensure subordinate factions pay their dues, drives the hackneyed plot riding alongside Creeper — Shia LaBeouf’s nearly risible interpretation of a trigger-happy, sadistic henchman. Despite an implied brotherhood, the bond between the two feels distant from that of the cops in “End of Watch,” possibly Ayer’s best directorial effort to date. (He also wrote the script for “Training Day” and directed the blockbuster “Suicide Squad.”)

Brown bodies begin to pile up in a by-the-numbers and senselessly vile wave of carnage when an emissary from a Mexican cartel, Conejo (Jose “Conejo” Martin) arrives to set up a new hierarchy undermining David’s boss, Wizard. Half-baked religious undertones, which result in incoherent dialogue, try to sell the idea of David as “a light in darkness” and Conejo as a “demonic” figure.

These pseudo spiritual tropes — and Ayer’s attempt to make a point about interracial solidarity — are rendered ineffective being at once generic and contrived, like someone throwing random objects at a wall to see what sticks. One of the most atrocious viewing experiences of the year, “The Tax Collector” relies on a trite visual language built on obvious flashbacks and bland imagery that match the unimaginatively dreadful writing where every Latino in sight is a gangster.

Occasionally, Ayer gives David hints of a conflicted morality as a father and husband leading a perilous double life, but those are short-lived. Nonetheless, Soto exudes the presence of a leading man with potential, and the supporting Latino cast — notably Chelsea Rendon (excellent on the Starz series “Vida”) and George Lopez (interestingly cast against type) — commit to the few moments they are afforded to be more than background targets. They deserve better, and it would be unfair to pass judgment on talent who already get so few opportunities.

Throughout his testosterone–fueled career, the director has claimed to mine inspiration from his years living in South-Central, as first seen in his directorial debut “Harsh Times.” He’s also hired Mexican American actors Jay Hernandez (“Suicide Squad”) and Michael Peña (“Fury”) in some of their most high-profile roles. And yet, when he returns to tell another story centered on Latinos, the result is a repugnant low blow.

How does a flagrantly violent, stereotype ridden, poorly realized production uplift a community in such dire need of meaningful representation in Hollywood? That’s not to say every film must portray Latino characters heroically, but the lack of nuance and innovation is aggravating. Imagine if Ayer’s interest in Chicano culture manifested as a force to push against perpetuated narratives rather than preserving them, or a platform for Latino filmmakers and actors to be the dominant voice in their own stories.