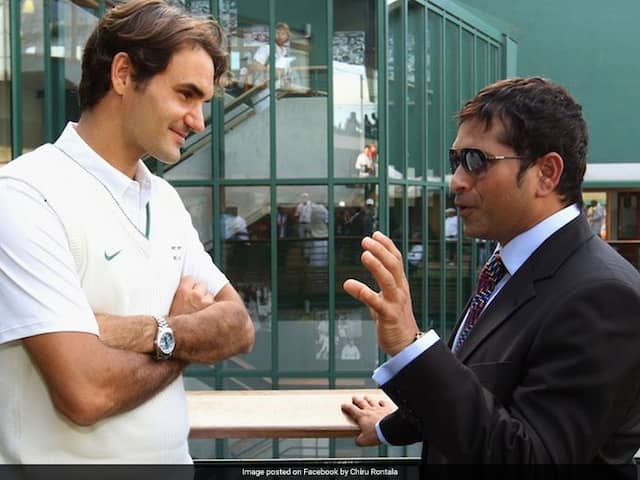 Sachin Tendulkar, on numerous occasions, has admitted to be a fan of Roger Federer.© Facebook


Former Indian cricketer and legendary batsman Sachin Tendulkar on Friday sought tips from Swiss tennis maestro Roger Federer. Tendulkar shared an 11-second slow-motion video on Instagram, in which he is seen playing tennis forehand smash. “Hey @rogerfederer! Any tips for my forehand?” Tendulkar captioned the post. Earlier in June, the twenty-time Grand Slam singles champion Roger Federer announced that he will miss the 2020 season after undergoing a second knee operation in a matter of months.

Tendulkar, on the other hand, has the most number of runs in Test cricket. The right-handed batsman scored 51 Test centuries during his cricketing career, most by any player.

Things are no different in ODI cricket as Tendulkar atop the list of most runs in this format as well. He has accumulated 18,426 runs in ODI which includes 49 tons.

Tendulkar represented the country in six World Cups during his career that lasted for 24 years. He was the part of the 2011 World Cup-winning squad.