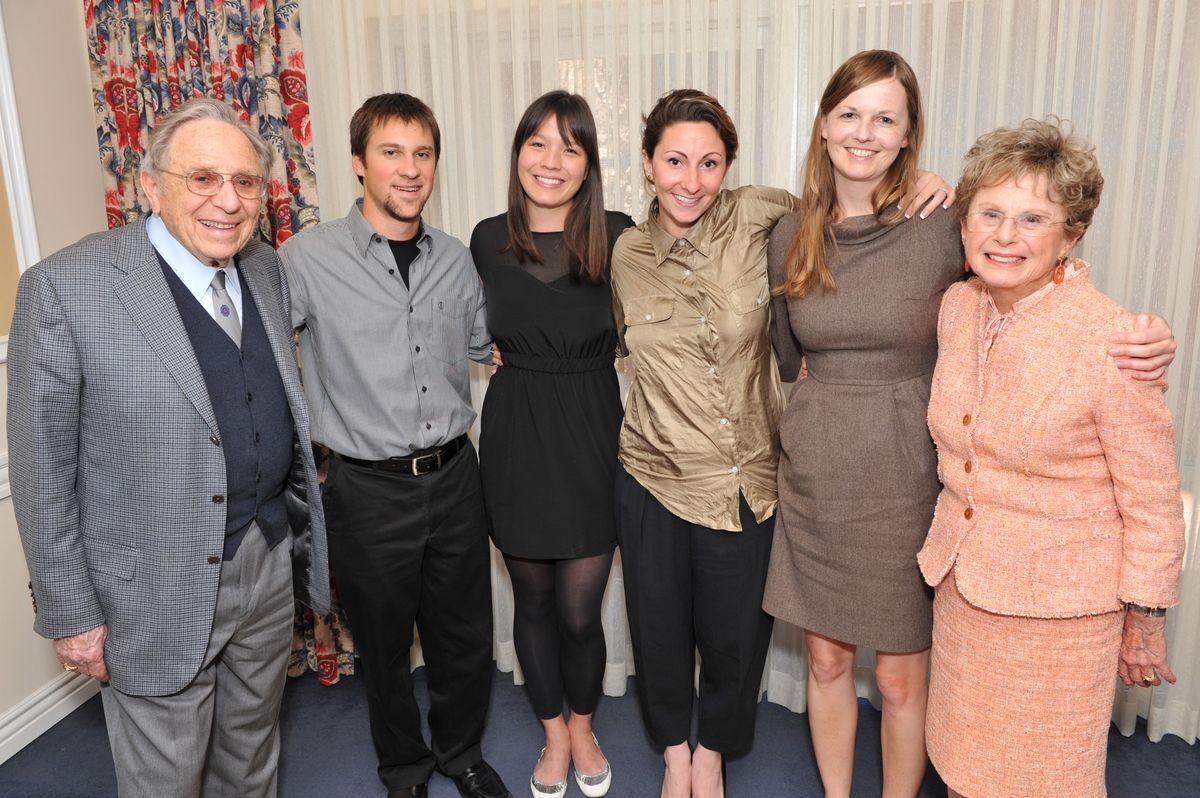 At a time when universities and arts organizations across the U.S. are struggling with dwindling donations, the UCLA School of the Arts and Architecture has received $2.9 million from the late artist and philanthropist Elaine Krown Klein.

The gift, the university announced Wednesday, will go toward the Elaine Krown Klein Fine Arts Scholarship Fund. Klein, who died Jan. 5, and her late husband, Leo Klein, established the fund in 1986. Students at the university’s Herb Alpert School of Music will benefit from the funds as well.

“Elaine has been so generous for so many years and has had such an impact on so many students across all the creative fields,” Brett Steele, dean of the arts and architecture school, said in an interview. “[Her gift] makes it possible for students who couldn’t otherwise attend a school like ours to join a group of colleagues and peers and esteemed faculty and have that as their formative experience in the arts. And it’s important for the school. It adds diversity of voices and experiences within these programs.”

UCLA began awarding scholarships from the fund, now valued at more than $4 million, in 1989. It has supported more than 200 young artists, musicians, dancers, architects and designers, including dancer-choreographer Kevin Williamson and artists Meleko Mokgosi and Shana Lutker.

Ceramicist Alex Anderson, a 2016 recipient of the scholarship fund who currently has work on view at L.A.’s Gavlak Gallery, said the financial support from Krown Klein “meant that choosing art as a life focus did not have to be a distant dream with infinite financial barriers to its realization.”

Anderson added: “It was deeply affirming to have her support during my graduate studies at UCLA, and I’m certain I would not have found success without the kindness and generosity of Elaine and donors like her, who know the value of cultural production and ensure its sustained vitality.”

The gift comes at a critical time. The pandemic-induced economic downturn may mean a reduction in state funding for the UC system, Steele said. Recent polls of university fundraisers nationally have suggested a 20% drop in philanthropy this year, according to the Chronicle of Philanthropy’s editor, Stacy Palmer.

“A gift like this is so important for now, a moment when the arts face such tremendous challenges throughout the country and around the world,” Steele said. “It shows a profound belief in the arts going forward, and in artists of all kinds not just helping us see the world as it is but imagining what the future can be.”

Krown Klein established the Leo M. Klein and Elaine Krown Klein Chair in Performance Studies in UCLA’s Herb Alpert School in 2015, a gesture that Dean Eileen Strempel said in a statement “has molded the lives of hundreds of young musicians at a time when they need the financial and emotional support most.”

Krown Klein knew intimately what it meant to be a struggling artist. She was raised in Los Angeles by a single mother who worked as a typist and didn’t have the financial means to send her to art school. Later in life, after working for years at a medical insurance company and eventually marrying Klein, she enrolled full-time at Los Angeles City College, studying life drawing, perspective and design.

“I couldn’t live without music and art,” Krown Klein told UCLA in a 2015 interview.

“I am very proud and happy that I can provide this kind of encouragement and support to young artists and scholars,” she said in that interview. “I never dreamed I could do something like this — this little girl who couldn’t afford to buy a paintbrush when I was young. So, it makes me proud to leave a little image in the sand of time when I’m gone.”