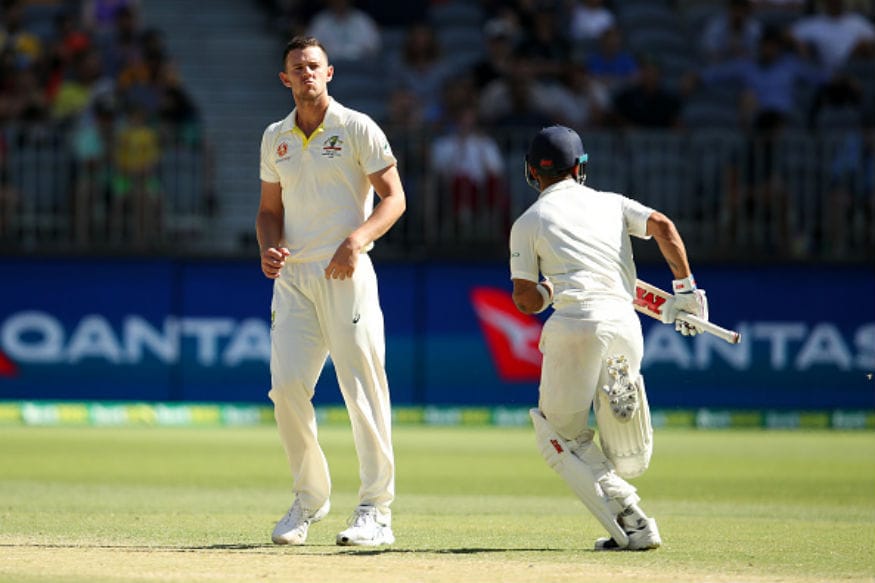 There is always talk about what sledging Virat Kohli would do to him and most bowlers agree it is not a good idea as that just spurs him on which is not something any opposition would want. Australia bowler Josh Hazlewood has admitted the same while speaking about Kohli and bowling to him.

Speaking on Star Sports show Cricket Connected, Australia pacer Hazlewood said, “I think we try to probably stay clear of engagement, obviously. I think that was fully evident throughout the series. I think he likes to get in that tussle and it probably brings out the best in him, especially when he’s batting, that was always a no-go-zone for the bowlers.

“I think it’s a different case if the guys are batting and he’s in the field, you know they can get him engaged there and sort of work him out a little bit if possible, but certainly when he was batting, it was just leaving him to his own devices, and hopefully, we get him in a bit of a switched off mood and take advantage of that.”

Teammate David Warner had similar thoughts as well earlier when asked about having a word with Kohli when India tour Australia this year. Warner responded saying “trying to poke the bear” will only make the star batsman play better.

“I thrive on the crowd, I thrive on people sort of going at me in the field. And getting into that battle,” Warner told India Today.

“I think Virat is quite similar, if you go a little bit at Virat he comes out harder with the bat and he plays amazing. We have seen that time and time again. There is no point in actually trying to poke the bear because at the end of the day if you do that it just fires up the person a bit more.”

Last year India claimed their first Test series win in Australia after 71 years of trying. Warner, who along with Steve Smith missed the series while they served a ball-tampering ban, said Australia are much better prepared this time.