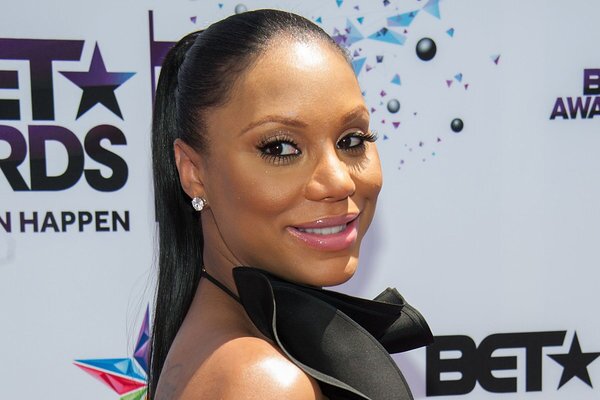 Tamar Braxton and WeTV have cut ties following her allegations of a fraught relationship that led to a suicide attempt. The network, however, still plans to air her latest reality series, “Tamar Braxton: Get Ya Life!” in September.

“Tamar Braxton has been an important part of our network family for more than a decade,” a WeTV spokesperson said Friday in a statement to The Times. “As she focuses on her health and recovery at what is clearly a difficult and personal time, we will work with her representatives to honor her request to end all future work for the network. We wish her nothing but the best.”

The show, originally set to premiere Thursday, was postponed to Sept. 10 after the singer and reality TV personality was found unconscious by boyfriend David Adefeso in a Los Angeles hotel room on July 16.

TMZ reported that the network will not be changing the show or editing it further based on Braxton’s complaints. Additionally, sources close to Braxton told the site she was upset over her portrayal in the first “Get Ya Life” episode.

The 43-year-old, who gave herself the middle name “Slave” on her Twitter account, blamed the culture of reality TV for damaging her mental health and pushing her to the point where she tried to take her own life.

“Over the past 11 years there were promises made to protect and portray my story, with the authenticity and honesty I gave. I was betrayed, taken advantage of, overworked, and underpaid,” she wrote in a lengthy thread Thursday on Twitter.

Braxton appeared on WeTV’s “Braxton Family Values” from 2011 to 2019 and “Tamar & Vince” from 2012 to 2017. She said that she wrote WeTV executives two months ago “asking to be freed from what I believed was excessive and unfair” and explained the personal decline she was experiencing, only to be “totally ignored.”

“Who I was, begun to mean little to nothing, because it would only be how I was portrayed on television that would matter,” she wrote. “It was witnessing the slow death of the woman I became, that discouraged my will to fight. I felt like I was no longer living, I was existing for the purpose of a corporations gain and ratings, and that killed me.”

First and foremost, Thank you.
Thank you to each and every individual who has prayed for me, thought of me, sent me their love and has showered me with their support. In this present moment, it is my only responsibility to be real with myself and to be real with the ones who… pic.twitter.com/FB13IgOmHh

Braxton pledged to be an ally for “every black and brown person who has suffered from the continued exploitation of reality television” and to establish an initiative that “fights for ethical business practices in reality TV.”

“Reality TV personalities have no union, no coat of protection, no formal representation that protects our labor, our rights, or our voices. They promise us opportunity but produce exploitation, which has only developed a poor portrayal of black people in show business,” she wrote.

In a June 2 letter to WeTV executives that was obtained by the Blast, Braxton reportedly likened them to the “cruel white slave masters who once chained our forefathers.” She warned them she was suicidal, accused them of exploiting secrets she was not yet willing to share and blamed them for turning her family members against one another, the Blast reported.