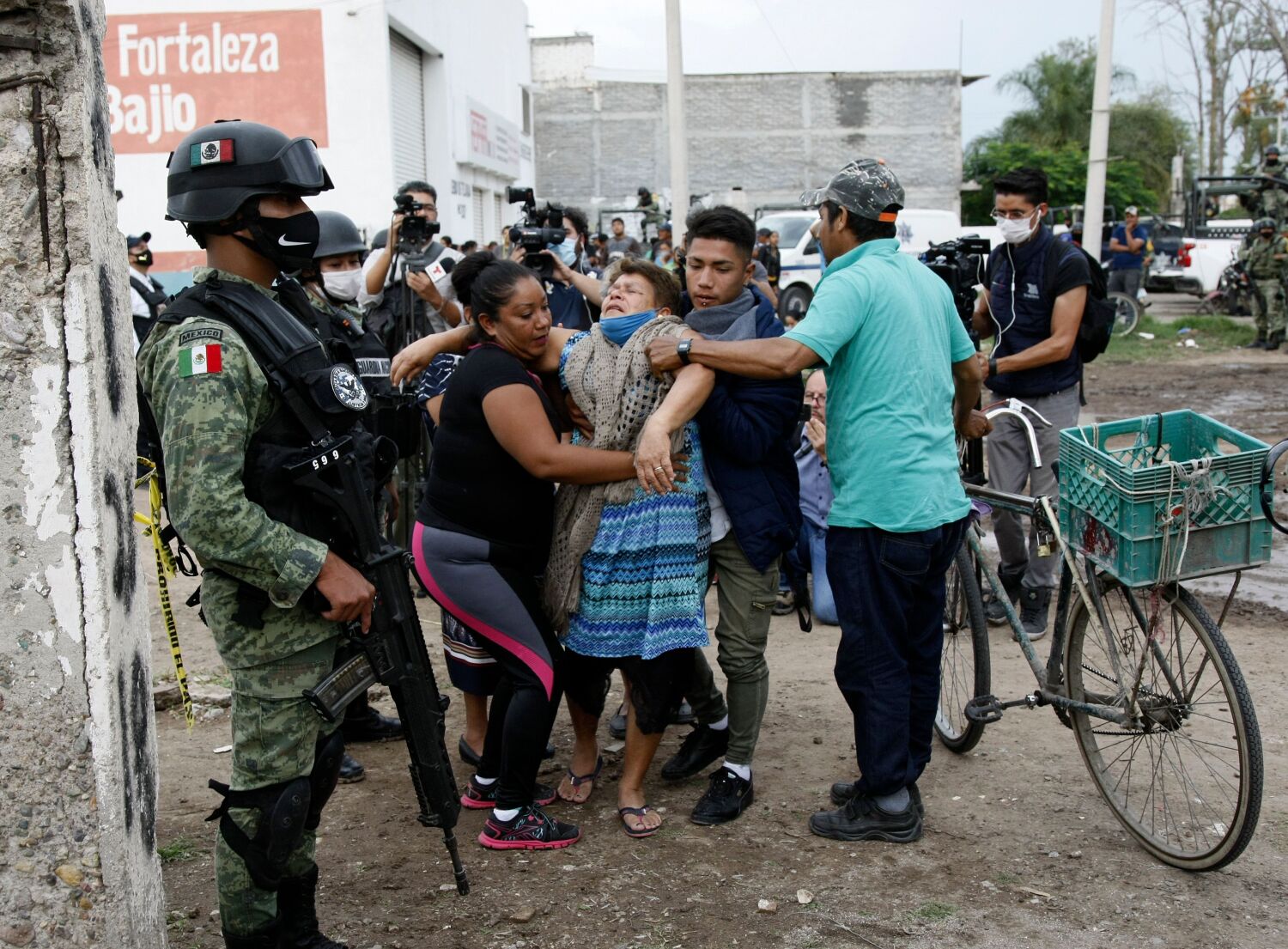 But the massacre Wednesday at a facility in the city of Irapuato still managed to shock a nation gripped by escalating violence.

Police said at least four gunmen with high-powered weapons arrived in a vehicle shortly after 5 p.m., barged inside, ordered everyone on the floor and then mowed them down, execution-style. At least 26 people were killed and five wounded.

Authorities suspect the assault was part of a ferocious turf battle between two criminal organizations — the local Santa Rosa de Lima gang and the powerful Jalisco New Generation cartel — that has transformed once-peaceful Guanajuato into one of Mexico’s deadliest states.

“There has to be a division, the line has to be drawn between criminality and authority,” he said.

Criminal groups have long undermined the justice system in Mexico by paying off police, prosecutors, judges and politicians.

The attack at the “Recuperating My Life” rehab center was among the bloodiest incidents since López Obrador took office 19 months ago. It came as the president was celebrating the second anniversary of the landslide election that brought him to power. In a national address, he triumphantly cited statistics that he said showed crime was slowing.

But critics questioned what they called the president’s selective use of numbers that downplayed still-rising cases of homicides and other crimes.

In Guanajuato state — a center for automobile production and other heavy manufacturing — the increase was far greater during that same period. Homicides more than tripled from 1,110 to 3,540.

That gave Guanajuato, which is home to 5.8 million people, the most homicides of any state last year. Only two of the country’s 32 states — Baja California and Colima, which are much smaller — had higher homicide rates.

In a recent radio interview, Mexican Atty. Gen. Alejandro Gertz Manero said that federal authorities would investigate why Guanajuato had become an “inferno of violence.”

The state’s governor, Diego Sinhue Rodríguez Vallejo, said the attack on the rehabilitation center demonstrated that “today more than ever, the intervention of federal and state authorities is needed as the only means to confront this situation with success.”

López Obrador said: “It’s our responsibility to protect the people of Guanajuato.”

But he did not dispatch additional troops or federal police, noting that National Guard troops were already on the scene. The president said he did not intend to “interfere” in local law enforcement decisions in Guanajuato, a state controlled by the opposition National Action Party.

Wednesday’s incident came less than a month after an attack on another drug rehab center in Irapuato, a city of 570,000 people 170 miles northwest of Mexico City. Gunmen killed 10 in the June 7 assault.

Both centers were among scores of unregistered treatment facilities in the state, authorities said. The Guanajuato state security chief, Alvar Cabeza de Vaca, said this week that some of the clandestine centers are linked to organized crime.

Drug rehabilitation facilities have come under attack many times in the 13 years since Mexico declared war on transnational drug gangs, setting off a bloody civil conflict that is on track to claim a record number of lives this year.

The targeting of such centers is typically linked to conflicts involving drug dealing. Rehabilitation facilities are often filled with recovering addicts who once sold drugs to help fund habits. Their past or present links to organized crime may make them targets.

Increasingly, Mexico’s violence is fueled less by battles linked to lucrative trafficking routes to the United States and more to competition in a growing domestic drug trade and other illicit industries, including fuel theft and extortion rackets.

In parts of Mexico, officials estimate that up to 90% of homicides are linked to local drug sales.

In Guanajuato state, the Jalisco New Generation cartel and the Santa Rosa de Lima gang and various offshoots have been battling for control of the sale of marijuana and methamphetamine as well as for dominance of other rackets. The Mexican media have also reported that the Santa Rosa organization, which specializes in fuel theft, has clashed with the New Generation group over drug-trafficking routes through Guanajuato state from the Pacific coast to the U.S.-Mexico border.