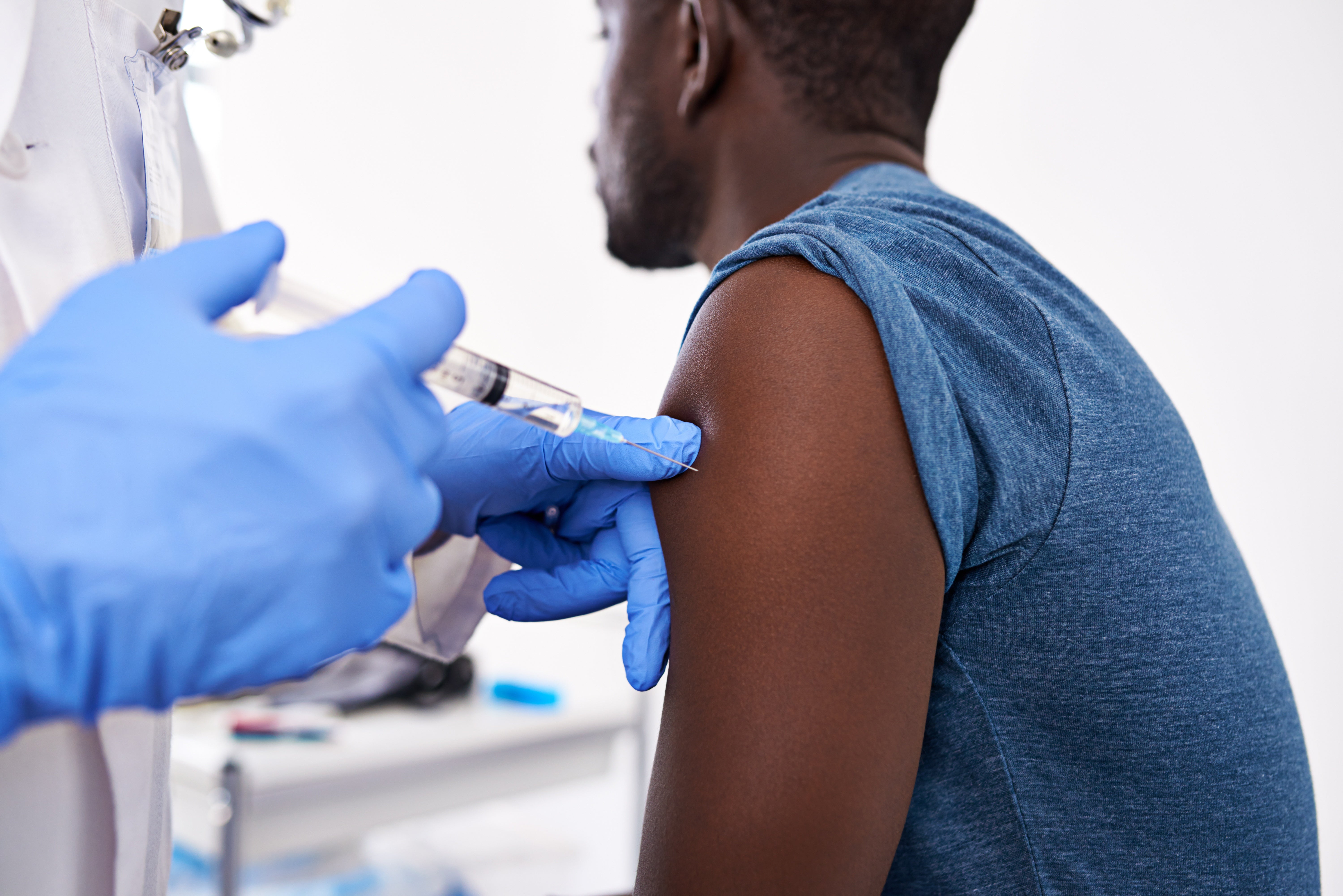 Dr. Eric Coe jumped at the chance to help test a COVID-19 vaccine.

At his urging, so did his girlfriend, his son and his daughter-in-law. All received shots last week at a clinical research site in central Florida.

“My main purpose in doing this was so I could spend more time with my family and grandchildren,” Coe said, noting that he’s seen them only outside and from a distance since March.

“There’s a lot less risk to getting the vaccine than contracting the virus,” said Coe, 74, a retired cardiologist. “The worst thing that can happen is if I get the placebo.”

The Coes’ eagerness to offer up their bodies to science reflects the widespread public interest in participating in the pivotal, late-stage clinical trials of the first two COVID vaccine candidates in the United States.

Those trials began rolling out July 27. During the next two months, vaccine makers hope to recruit 60,000 Americans to roll up their sleeves to test the two vaccines, one made by Pfizer and BioNTech, a German company, and the other by biotech startup Moderna. While small tests earlier this year showed the preventives were safe and led to participants developing antibodies against the virus, the final phase 3 testing is designed to prove whether the vaccine reduces the risk of infection.

Amid a pandemic that in the U.S. has caused roughly 5 million infections and nearly 160,000 deaths while decimating the economy, the vaccine trials have drawn far more interest than is typical for a clinical trial, organizers said.

Also, the test sites pay volunteers as much as $2,000 for completing the two-year study.

“We have no shortage of volunteers and we have thousands of people interested in participating,” said Dr. Ella Grach, CEO of M3-Wake Research of Raleigh, North Carolina, which is conducting vaccine trials at six sites.

“It’s been phenomenal,” he said. Patient recruitment is one of the biggest challenges to running trials, but this time patients have been eager to sign up.

“I’ve been working in this business for 30 years,” said Evans. “Outside of a COVID study, you might have to reach out to four or five, up to 10 people to find [one person] who is suitable.”

Other vaccine candidates are being tested abroad and more tests will be launched in the U.S. later this year.

People 18 and older are eligible to participate in the trials, and Moderna and Pfizer are pushing to include high-risk individuals such as health workers, the elderly and people with chronic conditions such as diabetes and asthma. Organizers are also seeking to enroll Blacks and Hispanics, groups hit hard by the virus.

The vaccine makers have contracted with dozens of clinical research sites across the country. About 15 have started inoculating, and it will likely take until September for all volunteers to get their first shot. The participants will get a booster shot about a month later. They are asked to keep an electronic diary to record any symptoms. Because the virus is widespread across the country, the studies are expected to be able to note differences between infection rates in those who got the vaccine and those who received a placebo.

Government health experts say they hope to know if the vaccines are working by this fall. If the trials are successful, it would likely take until early next year before a vaccine could gain federal approval to start widespread distribution.

To determine effectiveness, half of the trial participants will receive the vaccine and half a placebo.

Coe, of Leesburg, Florida, said that several hours after getting his shot on Saturday he developed chills and was tired, symptoms that lasted until Sunday afternoon. “I’m virtually certain that I did not get a placebo because normal saline would not do that,” he said. His daughter-in-law, Lisa Coe, 46, said she did not have any reaction other than soreness at the injection site.

“We are eager to get the vaccine and get on with the normal course of our lives,” she said. “I’m not too worried about my own health, but I am worried about unknowingly transmitting it to anyone at risk.”

Dr. Bruce Rankin, a physician investigator at Accel Research Sites in DeLand, Florida, where the Coes got their shots, said more than 1,000 adults have volunteered there already.

Accel recruits on social media sites such as Facebook and Instagram. It prescreens volunteers to make sure they understand what’s expected, to learn their basic health history and get other demographic information such as race.

“I thought the opportunity to be part of something like this would be very cool,” said Ginny Capiot, 45, of Fayetteville, North Carolina. “I believe it’s pretty safe and there wasn’t much to lose.”

Capiot works in the marketing department at a hospital, where her diabetes puts her at increased risk of serious complications from the coronavirus.

Her visit to the test site last week lasted about three hours. After she filled out paperwork, health workers registered her temperature and other vital signs, gave her a COVID-19 test via a nasal swab and then took some blood. After Capiot was inoculated, she had to wait in a room in case she had any reaction. She did not.

“My arm is not even sore,” she said a couple of days after the vaccination.

Volunteers in DeLand are paid as much as $1,200 over the course of the two-year trial. Participants in the Velocity-run trials will each receive $1,962 in compensation for time and travel. But Evans said many are motivated by altruism.

“They understand a couple of things,” he said. “This has to happen for us to get a resolution or a solution to the pandemic. They also understand that there’s a chance if they get the active vaccine and it works, they will benefit.”

Not everyone is excited to test the unproven vaccine.

Dr. Atoya Adams, principal investigator for AB Clinical Trials, which is testing the Moderna vaccine in Las Vegas, said recruiting efforts there found that some people were confused or skeptical. They mistakenly worried they could contract COVID-19 from the vaccine.

The vaccines do not include any live virus. Earlier, smaller studies showed few major safety issues.

Adams has spent a lot of time on the phone, explaining that the vaccine appears safe and that volunteers are needed to see whether it’s effective. “I’ve literally had to tell patients in prescreening, it’s something I would feel safe giving to myself or my family,” she said.

George Washington University in Washington, D.C., hopes to enroll 500 people at its testing site, and it received inquiries from at least that many in just the first week of recruitment.

“It’s been overwhelming and really highlights that everyone understands the need for a vaccine,” said Dr. David Diemert, professor of medicine at the GW School of Medicine and Health Sciences.

To gain an ethnically and racially diverse group, the university reached out to food banks, senior living communities and churches looking for volunteers. Participants can get paid nearly $1,100.

“People who care for these COVID patients have a very healthy fear of this illness,” said Rambod Rouhbakhsh, chief investigator with MediSync Clinical Research, whose Moderna vaccine trial site is the only one in Mississippi.

He expects no trouble reaching people who would be at high risk of COVID complications, including those who are obese or have diabetes or heart disease. “In southern Mississippi, there are plenty of people who meet the high-risk categories,” he said.

KHN (Kaiser Health News) is a nonprofit news service covering health issues. It is an editorially independent program of KFF (Kaiser Family Foundation) that is not affiliated with Kaiser Permanente.

Read more about the coronavirus outbreak from Scientific American here. And read coverage from our international network of magazines here.