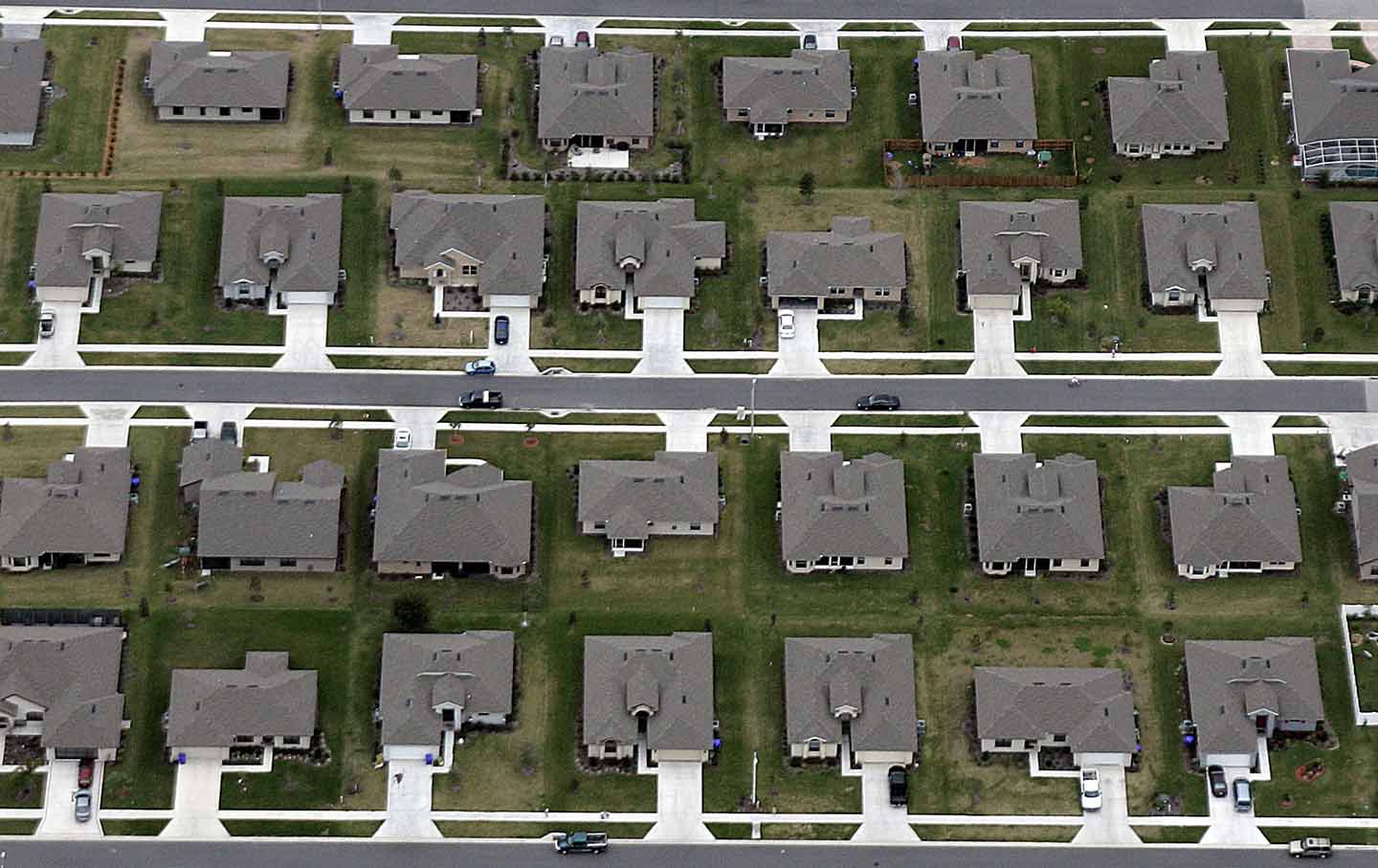 In recent weeks, just after the umpteenth round of media reports about the president’s purported change in tone, Donald Trump resumed stoking white people’s fears of Black people. This time, his racist outbursts were directed at “all of the people living their Suburban Lifestyle Dream,” who he indicated would find themselves living in a multiracial nightmare if Joe Biden is elected.

“People have gone to the suburbs. They want the beautiful homes. They don’t have to have a low-income housing development built in their community…which has reduced the prices of their homes and also increased crime substantially,” Trump stated during a virtual rally with supporters. A day later in Texas, he picked up right where he left off. “I’ve seen conflict for years. It’s been hell for suburbia. We rescinded the rule three days ago. So enjoy your life, ladies and gentlemen. Enjoy your life.” The rule Trump rescinded was issued by the Obama administration in 2015 and required localities to track recurring issues around housing discrimination and create detailed plans for how to fix those problems. It aimed to strengthen the Fair Housing Act, the same anti-discrimination legislation the Justice Department sued Trump for violating in 1973. Almost 50 years after losing that case, he is still suggesting that whiteness should be the default measure of safety and affluence of a neighborhood while the mere presence of Blackness threatens both. The president says these kinds of overtly racist things partly because he believes them but also because—particularly when an election is on the line—they almost always work.

Even as the suburbs lean more Democratic than in the past, recent examples of white liberal NIMBYism prove that Trump knows precisely which anti-Black buttons to push. In Silver Spring, Md., as local officials consider proposals to eliminate exclusionary zoning policies that prevent more affordable housing from being built, residents have staged protests and taken to social media to register bitter complaints. (“I doubt that any of my neighbors want to stop living in their single family homes because an academic has told them it’s racist to own a house with a large yard,” one poster wrote.) Last year a group of wealthy homeowners in San Francisco launched a GoFundMe campaign to pay the costs of waging a court battle against a homeless services center slated to be built in their neighborhood. In Maplewood, N.J.—where, according to The New York Times, Black Lives Matter signs are a common lawn adornment—a group of Black parents had to file a lawsuit in 2018 to force the desegregation of district public schools. And in New York City, after learning their children would be rezoned to a majority African American school, white parents publicly worried about the danger posed by Black elementary schoolkids. The rezoning went forward as planned, but most of the white kids never made the transfer, presumably because their parents sought whiter learning environs.

These examples of liberal white racism are further borne out by data. In a 2009 study, researchers found white people indicated that, compared with integrated and all-Black neighborhoods, “all-white neighborhoods were most desirable.” A report from Harvard published this January noted, “Despite parents’ espoused support for integration, in districts where parents are actually given greater opportunities to choose schools, schools appear to become more segregated.” The authors concluded that “many White, advantaged parents appear to determine school quality by how many other White, advantaged parents send their child to a school, without doing the legwork to determine what schools in a district are actually high-quality and a good fit for their child.” Another report released early this year determined that “the 12 most politically progressive cities in the U.S. have significantly larger achievement gaps [between Black and white students] in reading, math and high school graduation than the 12 most politically conservative cities.” Among those deeply blue places with the highest Black-white proficiency gaps are San Francisco, Seattle, Oakland, Portland, and Washington.

The vast Black-white disparities in housing and education are the stuff that America’s systemic racial inequalities are founded on, and unsurprisingly, they remain the areas where white folks of all political stripes have been most loath to upset the status quo. Housing determines nearly every aspect of our lives, from the resources available in our public schools to the quality of our streets and the accessibility of public transportation. The community we call home is tied to the very air we breathe, which, because of decades of anti-Black racism, is hotter and dirtier in African American neighborhoods. It’s easy for white liberals to call for more Black inclusion in the abstract—or to plant lawn signage that makes the bare-minimum recognition of Black lives as fully human—but to fall quiet when the specific location sought is the house next door. And while historian Richard Rothstein said that racial segregation has undoubtedly been expertly driven “by racially explicit federal, state and local policy, without which private actions of prejudice or discrimination would not have been very effective,” individual acts of anti-Black bias also deserve recognition for the ongoing role they play in maintaining white supremacy.

Trump isn’t clever enough to come up with a strategy to exploit racist fears on his own; he’s just following a successful tradition in American politics. But there is some evidence that the tide is turning. In a few cities around the country, there are bills pending to end exclusionary zoning and allow communities to create affordable housing in places where it had been prohibited by legislation or pricing. (In fact, Minneapolis scrapped single-family zoning last year, and Oregon made big changes of the same kind.) The response to those proposals will reveal whether white liberals’ professed commitment to dismantling white supremacy—stated loudly and often in our streets and social media feeds as of late—are genuine or just a veiled desire to get back to the sort of normalcy that keeps whiteness in power regardless of who’s in the White House.