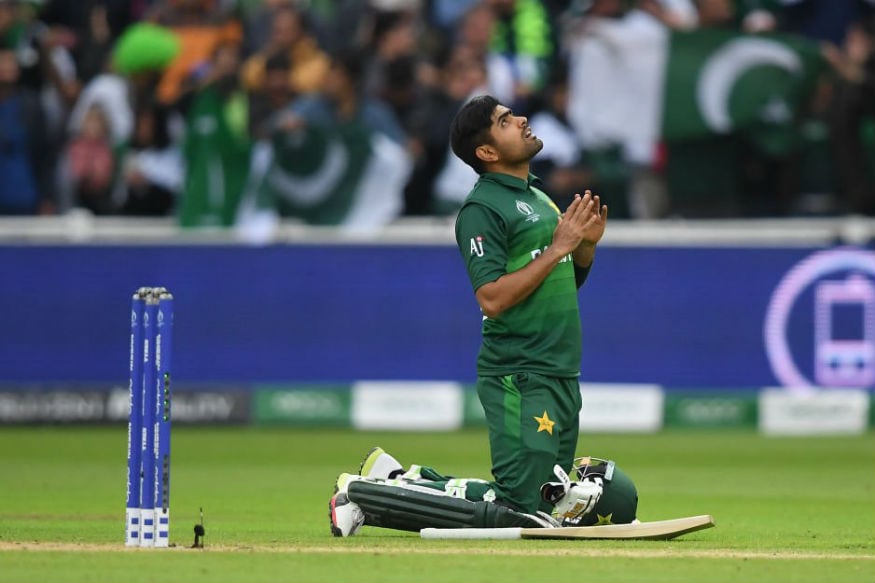 Pakistan limited overs captain Babar Azam is tired of his constant comparisons with India skipper Virat Kohli and says he would rather be compared to the greats at home.

Babar, six years younger to Kohli, has a long way to go in getting close to Kohli’s  staggering numbers across formats. The India skipper has 70 hundreds to his name and averages more than 50 in all three formats.

“I would be more happy if you compare to me say a Javed Miandad, Mohammad Yousuf or Younis Khan. Why compare me to Kohli or any Indian player?” asked the 25-year-old, who is in England with the national team, said in an online media interaction on Thursday.

He also said that he is not targeting any English bowler for the series next month.

“I don’t see who the bowler is or his reputation. I just try to play each ball on merit. England no doubt has a top bowling attack and they have advantage of playing at home but this is a challenge I want to score runs in,” he said.

Before the squad’s departure for England, Pakistan batting coach Younis Khan said that pacer Joffra Archer will be a handful for the Pakistani batsmen.

Babar said that he would try to play every English bowler on merit but conceded that after getting runs in Australia last year, he was keen to leave his footprint in the coming Test and T20 series in England.

Reminded that some former Test players had already written off Pakistan for the England series, Babar said they were entitled to their opinion.

“But we don’t have a bad team and already we have been enjoying our training. It is good to be back on the field after such a long lay-off. I think we have the bowlers to trouble them like Abbas, Naseem, Shaheen and others while we have some experience in our batting line-up.”

Babar said he would love to get a triple century in a Test match.

“When you score a century, you naturally want to go on and convert that into a double or a triple century. This is something I would like to do during the Test series.

“I like to play my natural game but my selection of shots depends on the conditions and bowlers.”

Babar also ruled out any problems in the Pakistan dressing room due to the presence of former skipper Sarfaraz Ahmed, who was sacked last year.

But he said that since Mohammad Rizwan had been playing in all formats for Pakistan in recent times, he would be the starting keeper in the Test series ahead of Sarfaraz.

“I think we first have to give Rizwan a proper chance and Sarfaraz is there as back up.”